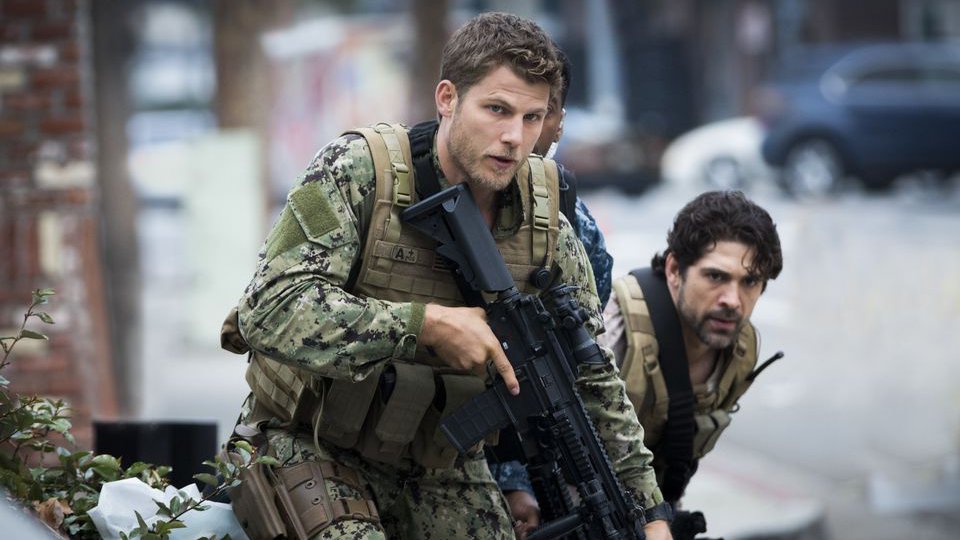 On the penultimate episode of The Last Ship the Nathan James was trapped between a sub and the civilian blockades set up by the Immunes.

The Nathan James engaged the Immune sub, the Achilles, but exhausted all of its ammunition for everything but the forward cannon. As the cannon is a surface weapon the Nathan James lured the Achilles near shore to force it to the surface.

The Achilles was nearly able to fire torpedoes before the Nathan James was ready, but Slattery, Tex (John Pyper-Ferguson) and Green (Travis Van Winkle) took over an Immune shore missile battery and fired upon the Achilles. The combined fire from the Nathan James and the shore battery sunk the Achilles, but Ramsey (Brían F. O’Byrne) survived trapped at the bottom of the sea.

At the same time, Doctor Scott proved the effectiveness of her contagious cure.

The final episode of the season is A More Perfect Union. The Nathan James summons civilians to meet at designated spots to receive the cure, but with Immune factions still at large, more danger looms. Can the crew save the population?

Tune in to Sky 1 HD at 8pm on Sunday 27th September to see the episode. Preview it with our gallery below: