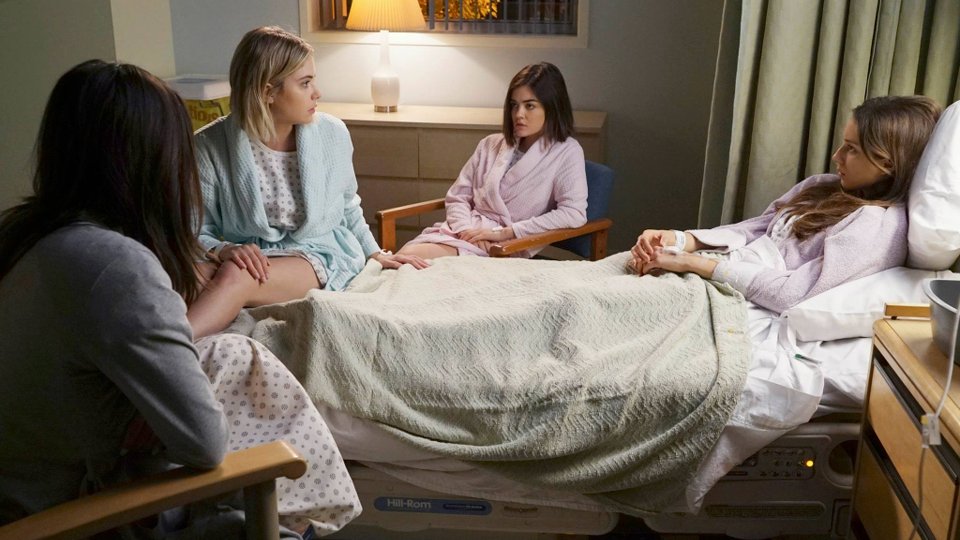 Pretty Little Liars continues its sixth season next week and the mystery is expected to continue unravelling.

In the season 6 premiere, Aria (Lucy Hale), Emily (Shay Mitchell), Spencer (Troian Bellisario), Hanna (Ashley Benson) and Mona (Janel Parrish) escaped from Charles’ bunker but there’s a three week timeframe that hasn’t been revealed yet. All we know is the girls were subjected to some horrors and those promise to unfold over the coming weeks.

It was also revealed that Andrew Campbell (Brandon W. Jones) is being hunted by the police and is believed to be the number 1 suspect in the girls’ kidnapping.

The next episode of the season is Songs of Innocence. The girls may have gotten out of the Dollhouse but what happened to them during their time of captivity has lasting effects. With worried loved ones watching over them, the PLLs are home and trying to heal, with not much success.

Pretty Little Liars continues on Tuesday at 8/7c in the US on ABC Family and on Wednesday in the UK on Netflix. Preview the episode with our gallery below: