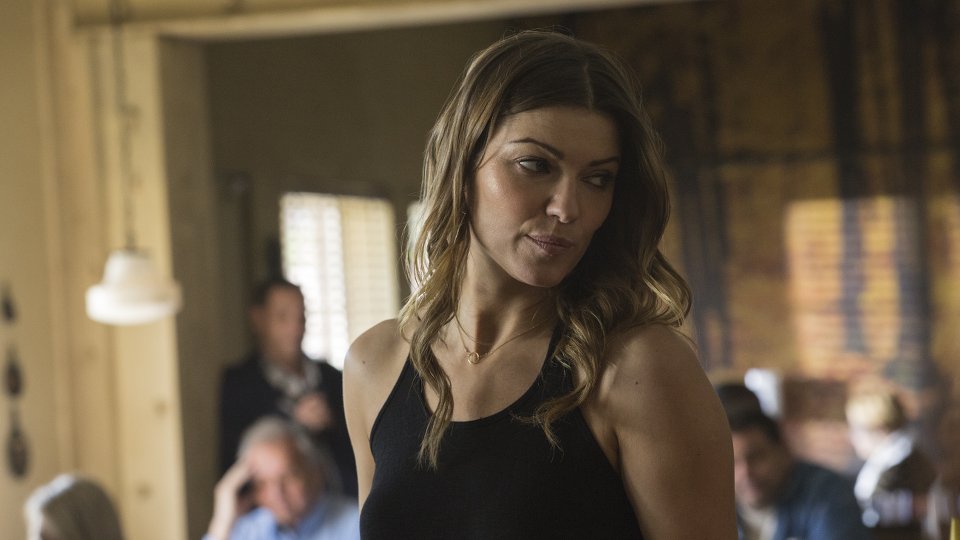 Banshee FINALLY returned in the UK last night and it kicked off with a stellar season premiere.

The episode opened with the shocking violence that the show is known for as Hood (Antony Starr), Siobhan (Trieste Kelly Dunn) and Brock (Matt Servitto) gunned down one of the neo-Nazis responsibl for the death of Emmett (Demetrius Grosse) and his wife. Hood began to plan to rob a safe in Camp Genoa unaware that Carrie (Ivana Milicevic) was sleeping with the camp’s Colonel (Langley Kirkwood).

Elsewhere Brock hooked up with his ex-wife who kept reporting a prowler to get him to visit her, Chayton (Geno Segers) returned to the Kinaho tribe for the Fire Trials and to attack Camp Genoa, Rebecca (Lili Simmons) and Proctor (Ulrich Thomsen) became even more uncomfortably close, and Carrie assaulted a customer who groped her in the diner.

The next episode of the season is Snakes and Whatnot. While Hood and the gang do their homework for the heist, Proctor is hit hard by a visit to see his sickly mum.