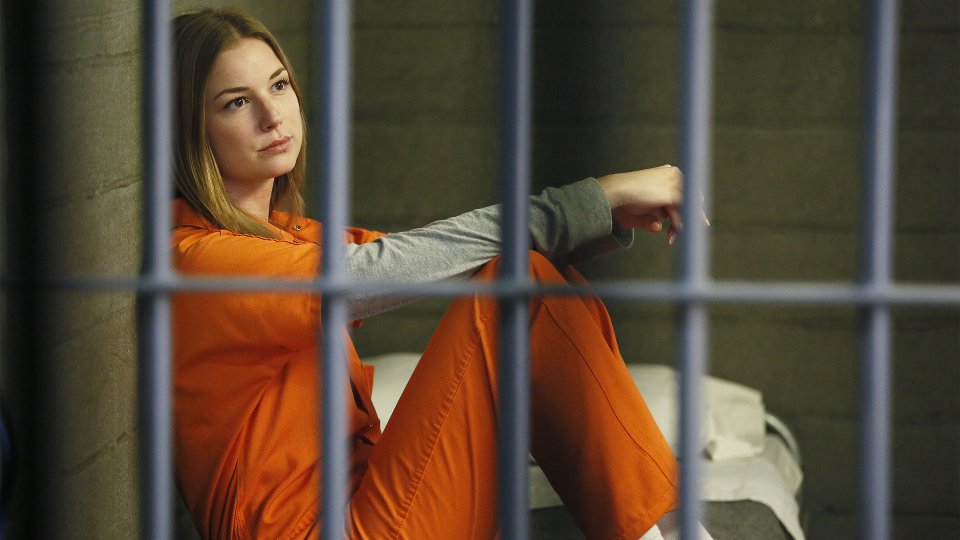 Things are not looking good for Emily/Amanda (Emily VanCamp) as Revenge heads towards its series finale.

At the end of the latest episode Emily was arrested after realising she’d been framed by Victoria (Madeleine Stowe) and Mason Treadwell (Roger Bart). Following the demise of Victoria in the explosion at Grayson Manor, Emily found herself being manipulated by Mason to clear his name and discovered after doing so that he’d carried out Victoria’s dirty work to frame her for the explosion.

Elsewhere in the episode Louise (Elena Satine) had a hard time coming to terms with Victoria’s death, Nolan (Gabriel Mann) found himself single again when his relationship came to an end, and Ben (Brian Hallisay) led the investigation into Victoria’s death.

The penultimate episode of the series is Plea. Emily enlists Nolan and Jack to help prove her innocence and find the truth about Victoria. Ben takes all the measures he can to keep Emily locked up.