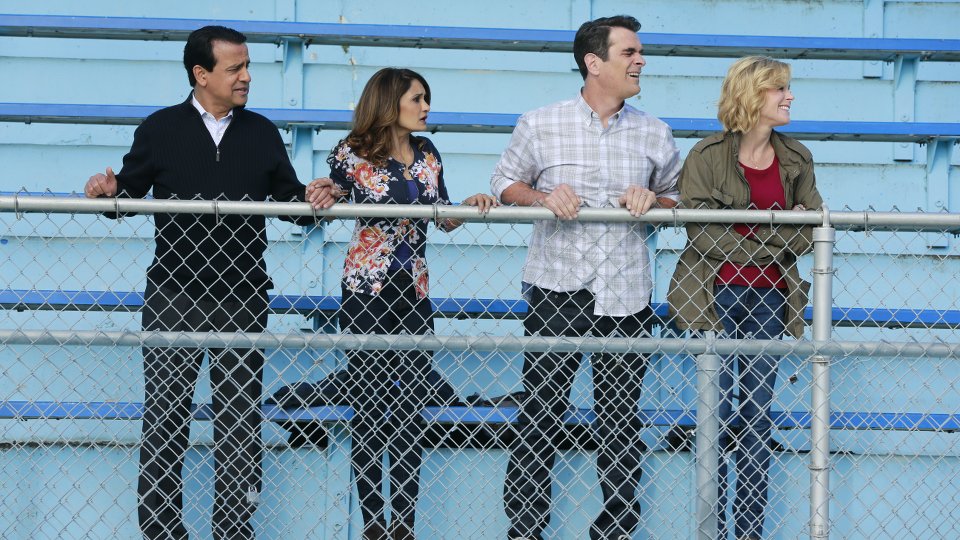 Gloria (Sofia Vergara) helped Haley (Sarah Hyland) stand up for herself at work in the latest episode of Modern Family.

After witnessing the way Haley was treated by her boss, Gloria harked back to her Colombian roots to teach her how to stand up for herself. She also used some of her own persuasion tactics to help Haley have an easier time at work.

Elsewhere in the episode Jay (Ed O’Neill) and Phil (Ty Burrell) had a disaster whilst trying to retrieve Lily’s (Aubrey Anderson-Emmons) princess castle for Joe, Mitch (Jesse Tyler Ferguson) and Cam (Eric Stonestreet) had their hands full looking after Joe, and Claire (Julie Bowen) tried to bribe Luke’s (Nolan Gould) principal into giving him an award.

The next episode of the season is Patriot Games. While Alex (Ariel Winter) goes head-to-head with a school rival, Gloria prepares for her US citizenship test, only to be thrown off her game by Javier (Benjamin Bratt).