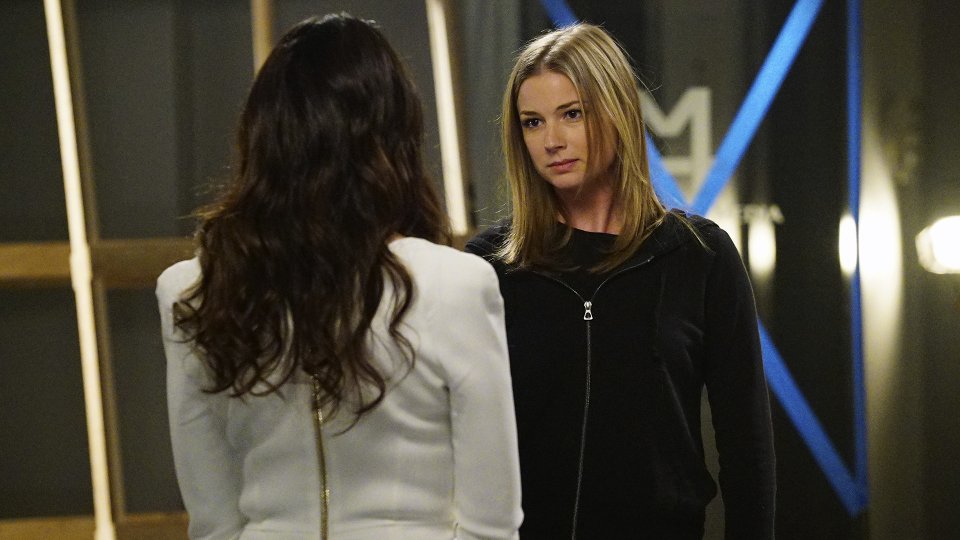 Revenge is heading into its series finale with one more character pushing up daisies.

In tonight’s penultimate episode of the series, Ben (Brian Hallisay) followed Emily’s (Emily VanCamp) hunch that Victoria (Madeleine Stowe) may still be alive. Unfortunately for the good cop, he found out that Emily’s theory was true but he was the next victim of White Gold (Courtney Love) in the process. RIP Ben, we probably won’t miss you.

Elsewhere in the episode Emily was granted bail and put under house arrest but found her way back to prison when trying to find Mason (Roger Bart). Jack (Nick Wechsler) had Margaux (Karine Vanasse) arrested after discovering that she helped Victoria to frame Emily, leading to a tense confrontation in prison between Margaux and Emily.

Louise (Elena Satine) began to doubt that Victoria was actually dead when she found the hoodie worn by the person who attacked her mother figure in Queen V’s apartment. Meanwhile David (James Tupper) found out that his cancer had spread giving him only six months to live.

The season finale is Two Graves. Emily makes a shocking confession as she puts the wheels into motion to end her journey of revenge.

Tune in to E4 at 8pm on Monday to see the series finale of Revenge. Preview it with our gallery below:

Advertisement. Scroll to continue reading.
In this article:Revenge