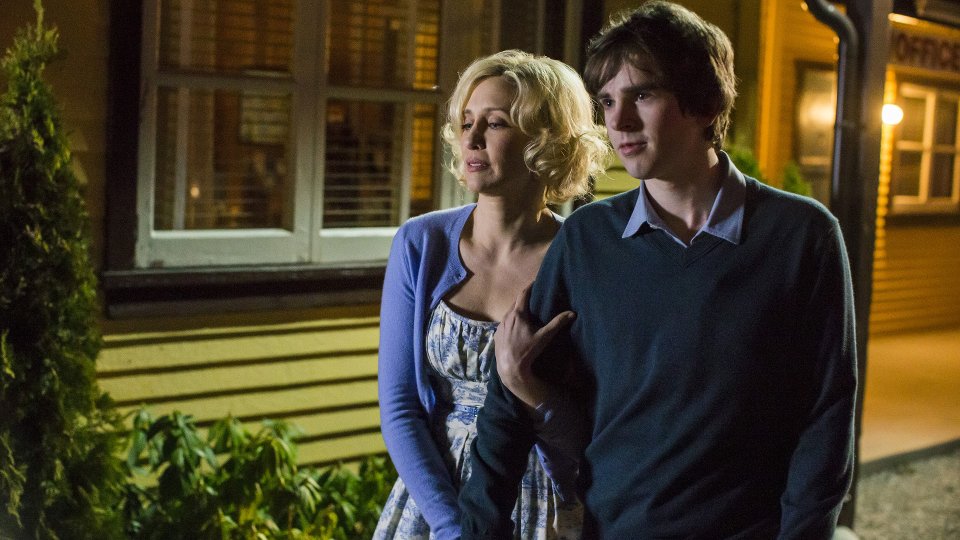 Norman (Freddie Highmore) got a surprise when he ran after Juno and straight into Bradley (Nicola Peltz) at the end of the latest episode of Bates Motel.

Prior to that Norman had another row with Norma (Vera Farmiga) after learning that she had told James (Joshua Leonard) that he murdered his father. Norma’s trust in James was betrayed after he told Bob (Kevin Rahm) everything he knew when he was kidnapped and subsequently tortured.

Elsewhere in the episode Romero (Nestor Carbonell) ended his friendship with Norma after she continued to lie to him, Norma was surprised when a giant hole was built at the front of the motel by Bob’s construction workers claiming to be building a pool, and Dylan (Max Thieriot) and Caleb (Kenny Johnson) got caught in a set-up.

The next episode of the season is Crazy. Norman spends the day with a surprise visitor; Norma attempts to keep secrets from being revealed.