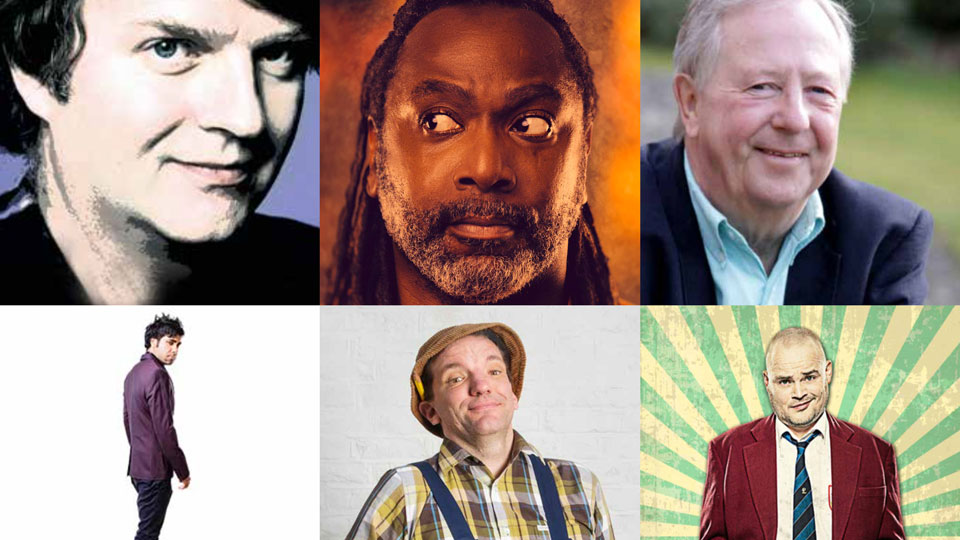 Paul Merton (and his impro chums), Reginald D. Hunter, Tim Brooke-Taylor and C4’s Stand Up for the Week host Paul Chowdhry are joining Henning Wehn and Al Murray as the big star comedy attractions at the eagerly-anticipated The Great Yorkshire Fringe – a 10-day festival of weird, wise and wonderful shows and entertainment coming to York between 24th July and 2nd August.

Martin Witts, The Great Yorkshire Fringe founder, said “I am delighted at the calibre of the comedy stars we have signed up to entertain the city of York this summer. These are all superstars who have performed at our West End venue, Leicester Square Theatre, and are among the biggest names in the business. But we still have a few last minute surprises to spring… we’ll be announcing other great names right up to the last minute – so keep checking The Great Yorkshire Fringe on Facebook and Twitter!”

With 100 shows over 10 days, comedy is just one of the great things on offer – The Great Yorkshire Fringe will also feature an explosion of international talent from award-winning children’s theatre to cabaret, magic shows, burlesque, variety acts and music, all staged in the heart of the city centre.

Parliament Street will be turned into a massive astro-turfed village green a 1/4 mile long, a vibrant and exciting space with three fantastic entertainment venues with seating for 60 – 400 people – two stunning Spiegel Tents renamed The White Rose Rotunda and The Turn Pot and a brand new commissioned performance space, The Tea Pot.

There will be entertainment for young and old alike including two shows a day for tiny tots with Stick Man – Live on Stage!, and fun for all the family from the multi-award-winning Japanese techno sensations SIRO-A, described as Japan’s answer to the Blue Man Group. SIRO-A is a groundbreaking theatrical experience featuring a revolutionary mix of visual effects, mime, dance, comedy, music, magic, puppetry and audience participation.

There are also dozens of cabaret shows (including drag comedy musical extravaganza Margaret Thatcher, Queen of Soho and The Supreme Fabulettes), comedy, variety acts, magicians (West End Magic, magic workshops and Morgan & West), theatre (including One Man Breaking Bad), musicals and music on offer. Direct from London’s world-famous jazz club, Ronnie Scott’s musical director and his ‘All Stars’, will take to the stage to celebrate The Ronnie Scott’s Story. There something, in fact, for everyone!

Full listings can be found at www.greatyorkshirefringe.com.

There will be several bars and food areas celebrating and serving up the finest food and drink from the Yorkshire region.

There have already been 100 entries registered to take part in The Great Yorkshire Fringe New Comedian of the Year. Heats will run every night at 5.30pm in the Tea Pot, culminating in a fantastic final on the last day of the festival. The winner will receive the coveted Golden Pudding Award, £500 cash and will be booked to perform at Leicester Square Theatre in London’s West End.

Yorkshire Day, Saturday 1 August is being celebrated with The Great Yorkshire Fringe Podcast with former star of The Goodies Tim Brooke-Taylor in conversation with Robert Ross. In 1967, Tim and his At Last the 1948 Show co-stars, John Cleese, Graham Chapman and Marty Feldman, wrote “The Four Yorkshiremen” sketch, that has since passed into comedy folklore. The sketch will be recreated live on stage with some very special guest stars!