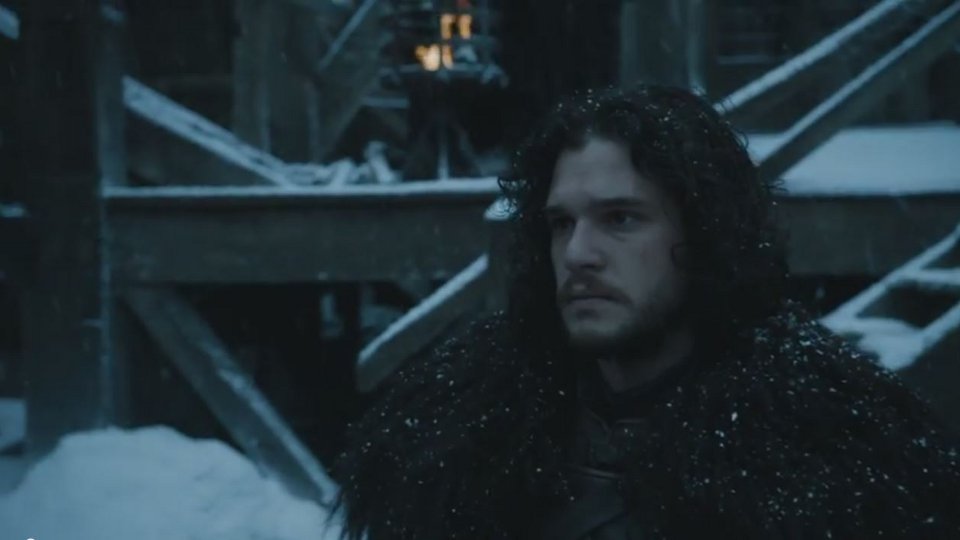 The sixth episode of Game of Thrones season 5 – Unbowed, Unbent, Unbroken – brought more misery for Sansa and was a tough watch. Maybe things will pick up next episode for her? We doubt it…

The seventh episode is written by showrunners David Benioff & D. B. Weiss with Miguel Sapochnik in the director’s chair for the first time. The episode is titled The Gift.

The official synopsis for The Gift reads:

The preview opens up showing Jon Snow (Kit Harington) getting ready to head out with Tormund Giantsbane (Kristofer Hivju) to Hardhome to rally the free folk to come and fight for them. At the same time we hear Ser Alliser Thorne (Owen Teale) declare that it’s a reckless mission and an insult to the Brothers of the Night’s Watch who have died fighting the Wildlings. He also has a dig at Samwell Tarly (John Bradley-West) pointing out that he’s losing all his friends. We wonder what Ser Alliser might get up to while Jon is away?

Stannis (Stephen Dillane), as the synopsis points out, remains stubborn and insists to Davos (Liam Cunningham) that his army marches on Winterfell whether they win or lose. Davos looks concerned but you can make out Melisandre (Carice van Houten) in the background who always seems to be steering Stannis. Could this be his last battle or might he conquer the Boltons?

It’s snowing in Winterfell, maybe Winter is finally here? Ramsay (Iwan Rheon) looks like he’s enjoying his latest games with Sansa (Sophie Turner). She looks absolutely terrified but we’re trying to remain optimistic for her. In the next scene we see that she’s trying to talk to Theon who may be her only way out of her current predicament.

We see a brief snippet of a gladiator style battle which we presume is the fighting pits at Meereen. It looks like one of the combatants is Jorah (Iain Glen) and we’d like to see him win his way back into Dany’s (Emilia Clarke) good books. Tyrion (Peter Dinklage) looks a little worried in the next scene but we’re not sure yet who he’s bumped into.

Olenna Tyrell(Diana Rigg) is visiting with High Sparrow (Jonathan Pryce) in what we presume is an attempt to rescue Margaery (Natalie Dormer) and Loras (Finn Jones). She’s clever but we’re not sure she’ll be able to sway him as he’s a bit of a religious nut and believes he’s doing the work of the Gods.

Margaery appears to be locked up while she awaits her trial and Cersei (Lena Headey) is looking very pleased with herself indeed.

The synopsis also hints that we’ll be seeing more from Brienne (Gendoline Christie) and Pod (Daniel Portman) who are near Winterfell as well as Jaime Lannister (Nikolaj Coster-Waldau) in Dorne. We wouldn’t be surprised if there’s a little more from Arya too.

In this article:Game Of Thrones, The Gift