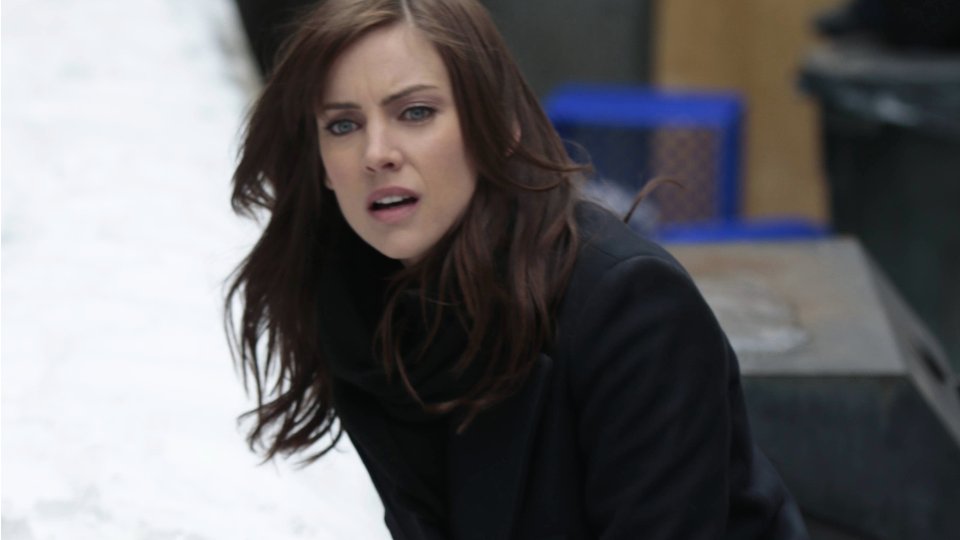 If you haven’t seen the latest episode of The Following and you don’t want any spoilers then we suggest you stop reading now. If you have seen it and want to relive the action then keep reading.

Ryan’s battle with the booze continued in the latest episode as he became better acquainted with his hip flask and lied to everyone around him. Max (Jessica Stroup) and Mike vowed to keep their eye on Ryan to stop him falling off the deep end but that didn’t work when Ryan kept finding reasons to go solo and indulge in a bit of a tipple. He appealed to Gwen (Zuleikha Robinson) to give him another chance and he confessed to her that he was still drinking but promised her he would stop.

Daisy (Ruth Kearney) and Mark (Sam Underwood) made contact with Theo (Michael Ealy) who wasn’t exactly thrilled to see the pair. With the aid of Penny (Megalyn Echikunwoke), Theo created a standoff situation with them but realised that there was a mutual benefit to him helping them out. He promised to help them discover who the mole was in the FBI provided they helped him get back into the FBI servers.

Sooner than you could say ‘it’s a deal’, Theo had identified Tom (Gbenga Akinnagbe) as the mole and he instructed Daisy and Mark to give him a flash drive that he needed to plug in to the FBI servers so that Theo could get access once again. As they left Theo’s place, Mark vowed to kill him after he’d killed Mike.

Caught in the act

Tom spent most of the episode making terrible decisions that made his predicament progressively worse. First he stopped by Max’s to remove the cameras from her apartment in his latest attempt to stop anyone finding out he had the laptop. Then the questions about Sloan’s (Monique Gabriela Curnen) whereabouts cropped up and Tom tried his best to dodge them. He returned to his apartment where we saw he was keeping her body in his bath but what he hadn’t bargained on was Daisy and Mark breaking into his apartment and snapping a photo of him with the body.

He was given the flash drive and he agreed to use it as instructed. After plugging it into the FBI servers, and almost getting caught, Tom thought he was in the clear but Mark called asking him to deliver Mike in exchange for them destroying the evidence they had against him.
It’s a trap!

Theo received a message from Eliza (Annet Mahendru) asking him to meet her to discuss his offer. He took Penny, Mark and Daisy with him and it turned out to be a trap. They killed off the men that Eliza had sent to kill Theo, and a bit of torture of the man leading the murder mission resulted in Theo getting an encrypted phone from him with Eliza’s details on.

Theo tracked Eliza down to a hotel room and met with her. She promised to help him and Penny disappear if he delivered Ryan to her and told no one about her or the organisation she runs.

Ryan and Max continued trying to find Penny. Max located the physical files for Theo’s sister Sophia who had been put into the foster system, after discovering all the digital files had been deleted, and ran the fingerprints against recent crime scenes. They tracked her down to the drug den where her boyfriend has been murdered. After an intense encounter with a drugged up tenant, they found out that she was called Penny. The druggie also gave them a clue about where they might be able to find her.

Heading to that location, Ryan and Max embarked on a stake out and as Ryan was distracted Max saw Penny walking down the street. They both pursued her but it appeared that she escaped. The local police came to assist and Ryan instructed them to take Max to Mike after Mike called to inform them that he’d found Sloan’s body in a car trunk.

Turns out Ryan had lied to Max and he had Penny tied up in an abandoned building. He managed to get her to his apartment (we don’t know how either!) and strapped her to a chair. When his intimidation tactics failed to get any answers, he turned to drink and the ghost of Joe (James Purefoy) for assistance. This led to him dragging Penny into the bathroom and water boarding her after learning that she almost drowned as a child from her case files. He managed to find out that Theo was working with Daisy and Mark.

Meanwhile Theo was alerted to the FBI’s discoveries about Penny and soon discovered that Ryan had taken her captive.

Tom came good on his promise to deliver Mike to Mark after convincing Mike to join him on a trip that may hold the key to Sloan’s murder. Of course Tom took Mike straight to Mark and shortly before the hand over took place Mike realised Tom was the mole and that he’d killed Sloan. Max had had the same realisation as she watched the footage Sloan had been reviewing and saw Tom acting strangely. She tried to warn Mike but it was too late.

During the exchange, Mark offered to give Tom the evidence and as the corrupt FBI agent approached him he got acid in the face and a bullet in the head. Bye Tom, we’re (not) sad to see you go! As Mark was about to kill Mike, Theo arrived and told Mark that Mike was his now. He then called Ryan and asked to meet him with Penny and let it be known that he had Mike.

The Following continues at 10pm on Sky Atlantic HD with the second of tonight’s episodes.