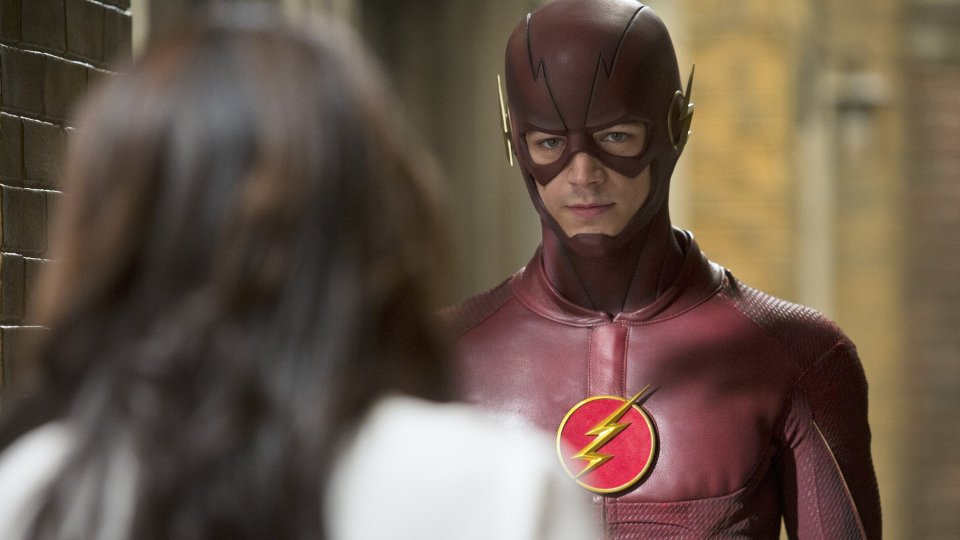 The Flash ends its first season in the UK in just over a week and fans can own the whole season from 27th May 2015.

The show, which is a spin-off from Arrow, is from executive producers Greg Berlanti and Andrew Kreisberg and director David Nutter. The Flash is a fast-paced super hero drama that follows the high-speed adventures of the Fastest Man Alive.

The Flash follows Central City Police scientist Barry Allen (Grant Gustin), an everyday guy with the heart of a hero and the genuine desire to help others. Standing still emotionally since the day his mother was murdered (and his father unjustly jailed for the crime), Barry was taken in as a child by the investigating Detective West (Jesse L. Martin) and raised in a cop’s home alongside West’s supersmart daughter (and Barry’s dream girl) Iris (Candice Patton). But when an unexpected and devastating accident at the S.T.A.R. Labs Particle Accelerator facility strikes Barry, he finds himself suddenly charged with the incredible power to move at super speeds.

The Flash: Season One is available on Digital Download on 27th May.