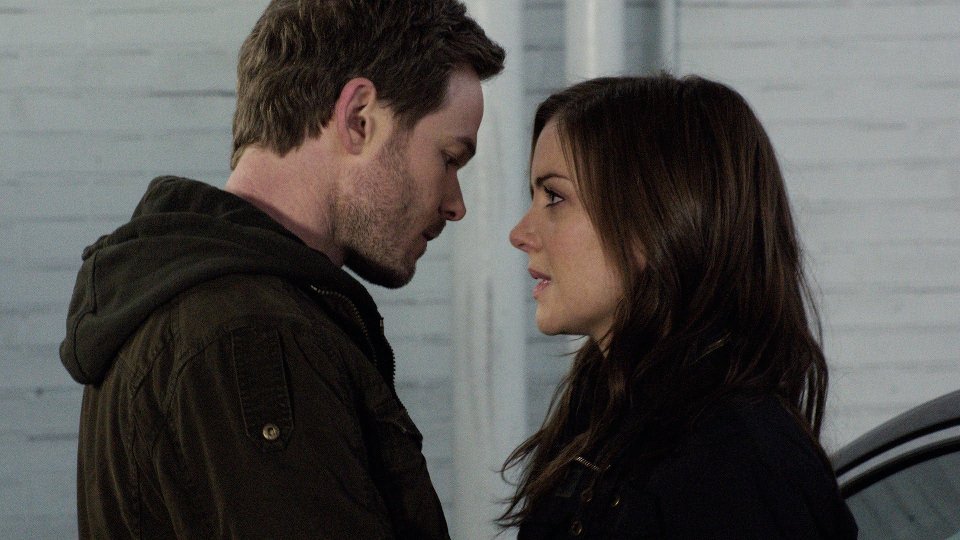 Ryan Hardy (Kevin Bacon) agreed to a trade to save Mike Weston’s (Shawn Ashmore) life in the latest episode of The Following.

If you haven’t seen the latest episode of The Following and you don’t want any spoilers then we suggest you stop reading now. If you have seen it and want to relive the action then keep reading.

Mike was held captive in an abandoned house with Daisy (Ruth Kearney) on guard. He tried to use reverse psychology to convince her to let him go but she was too afraid of Theo (Michael Ealy) to fall for it. Instead Mike pretended to have passed out and knocked Daisy unconscious as she panicked that she may have accidentally killed him. Theo and Mark (Sam Underwood) arrived back as Mike made his bid for freedom and after a well-fought fight, Mike ran straight into Mark who was prepared to kill him. Daisy stepped in and shot Mark allowing Theo to recapture Mike ready for the trade with Ryan.

Lisa (Diane Neal) returned in this episode to take charge of the investigation. Her first port of call was finding Ryan so she accompanied Max (Jessica Stroup) to his apartment. Ryan pretended he’d been asleep and knocked Penny (Megalyn Echikunwoke) out to keep her quiet. He agreed to get dressed and report to HQ so Lisa and Max left the apartment. Before she got in the elevator, Max changed her mind about leaving her uncle and returned to the apartment where she caught him dragging Penny into his office.

Ryan explained everything to Max resulting in a nice punch to the face from his niece for not telling her about Mike. She agreed to go along with Ryan to rescue Mike. Ryan stopped by the FBI to pick up some booze from his locker after Max made him pour all of his away at home, and then he talked his way into the equipment room to steal some radios. On his way out Lisa caught him and he managed to hide the radios and convince her he was too drunk to work.

Ryan and Max set off for the theatre where Theo had asked Ryan to take Penny. Once there the trade took place and Max narrowly prevented Daisy from shooting Ryan. Mike, Max and Ryan searched the theatre for Theo and Penny, and a shootout with Ryan resulted in Penny’s death. Daisy and Theo made a quick getaway and Theo made it clear that Daisy was to follow his orders until future notice.

Back at the FBI Lisa gave Ryan a dressing down and he told her that would be a prime target for Theo having just killed his sister.

Well Ryan is and he finally found out when he accidentally bumped into Gwen (Zuleikha Robinson) at his apartment as she was collecting the last of her things. Shocked by the news, Ryan stood speechless as Gwen said he could be part of the baby’s life but he needed to change and stop drinking. He took her words on board and attended an AA meeting but the ghost of Joe (James Purefoy) continued to haunt him.

Mike walked Max to her car and confessed that she was the love of his life. After agreeing to meet her at her place, the reunited lovebirds enjoyed a smooch that was rudely interrupted by Mark who stabbed Mike multiple times in the back. Mark dragged Max out of her car but Mike managed to shoot him allowing Max to break free. Max called an ambulance as Mike’s life hung in the balance and Mark looked pretty dead…

The Following continues Monday at 9/8c on FOX in the US and Saturday at 10pm on Sky Atlantic HD in the UK. Preview the next episode Dead or Alive below: