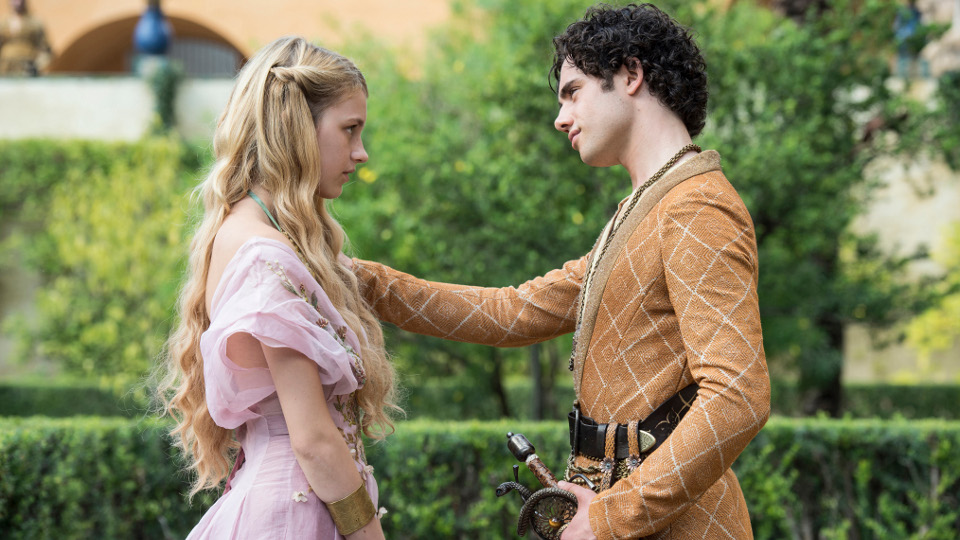 It’s a miracle, we’re already halfway through season five and most characters are still alive. Surely that’s about to change?

The sixth episode is written by Bryan Cogman with Jeremy Podeswa in the director’s chair for the second time this season. The episode is titled Unbowed, Unbent, Unbroken.

The synopsis mentions Arya training and the preview begins with a few snippets of her as we hear Jaqen H’ghar (Tom Wlaschiha) ask ‘Is the girl ready to give up her hopes and dreams, her loves and hates?’. We’re still not quite sure what’s in store for Arya but are intrigued to find out more.

Next the preview heads to Dorne where we Trystane Martell putting a flower in Myrcella’s hair. The pair are then seen walking together holding hands through the gardens as Doran Martell (Alexander Siddig) watches from above. We haven’t really met them properly on the show yet this season but it seems that they are very much in love.

Elsewhere we quickly see Ellaria Sand (Indira Varma) and the Sand Snakes looking like they are gearing up to head out into battle. The next scene shows Jaime and Bronn riding the horses and wearing the clothes of the Dornish soldiers that they killed. The disguises will surely help them on their quest to rescue Myrcella but the Sand Snakes know they are coming. Also we’re not convinced Myrcella is all too keen on being rescued.

Trouble is definitely brewing in King’s Landing and the fantastic Olenna Tyrell (Diana Rigg) is back to advise Margaery (Natalie Dormer). We hear her talk of Cersei wanting to ‘drag their name through the dirt’. Cersei is continuing her plans and it looks like we’ll be seeing the High Sparrow (Jonathan Pryce) in action again.

The scheming Littlefinger (Aiden Gillen) is also back in King’s Landing, at the request of Cersei. We see he runs into Lancel and the Faith Militant who have been carrying out raids on his brothels. Cersei is seen asking him if the Knights of the Vale will fight for the King and we see Littlefinger saying that he ‘lives to serve’.

At Winterfell it looks like the Boltons are preparing for battle and we wonder if we will see them clash with Stannis.

The synopsis also mentions that Tyrion and Jorah will run into more trouble on their way to Meereen.