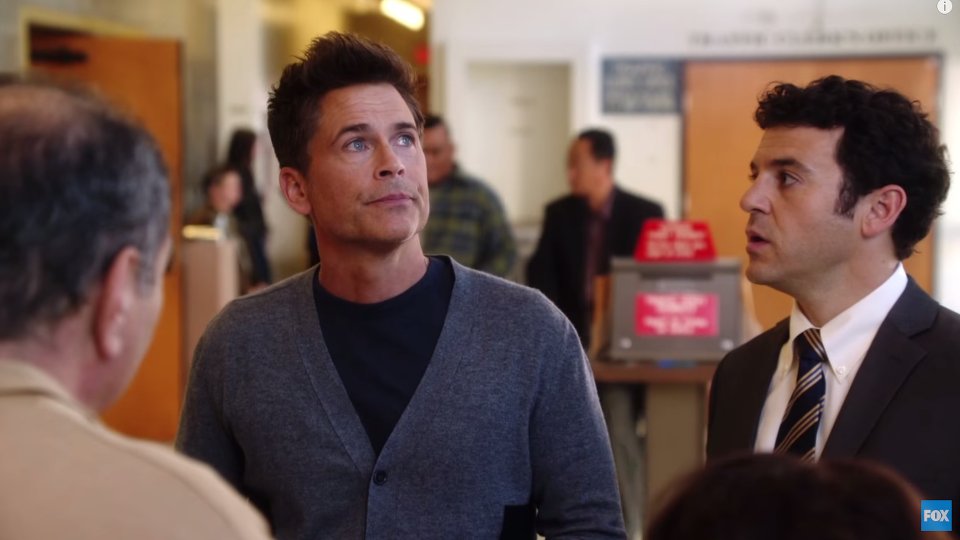 FOX has unveiled trailers for several new shows that will form the 2015-16 line-up for the channel.

4 shows – Grandfathered, The Grinder, Minority Report and Rosewood – will be premiering this autumn with 2 shows – Lucifer and The Frankenstein Code – debuting mid-season in 2016. No full-length trailers have been released yet for Ryan Murphy’s horror-comedy Scream Queens or the upcoming 6-part revival of The X-Files.

Find out more about each of the shows and watch the trailers below, then vote and let us know which one you are looking forward to the most.

Plot: A comedy about coming of age – at any age – Grandfathered stars John Stamos (Full House, ER) as the ultimate bachelor whose life is turned upside down when he discovers he’s not only a father, but a grandfather.

Plot: The Grinder follows a famous TV lawyer (Lowe) who, after his hit series, “The Grinder,” is canceled, moves back home and joins his brother (Savage) at their family’s real-life law firm – despite having no formal education, no bar certification, no license to practice and no experience in an actual courtroom.

Plot: Based on Steven Spielberg’s international blockbuster film and the first of his films to be adapted for television, Minority Report follows the partnership between a man (Stark Sands, Inside Llewyn Davis) haunted by the future and a cop (Meagan Good, Think Like A Man franchise) haunted by her past, as they race to stop the worst crimes before they happen.

Plot: From executive producer Todd Harthan (Psych, Dominion), Rosewood stars Morris Chestnut (Nurse Jackie, The Best Man franchise) as Dr. Beaumont Rosewood Jr., a brilliant private pathologist who uses wildly sophisticated technology and his drive to live life to the fullest to help a tough-as-nails detective (Jaina Lee Ortiz, The After) and the Miami PD uncover clues no one else can see.

Plot: Based on characters from DC Entertainment’s Vertigo imprint, Lucifer stars Tom Ellis (Merlin) as the charming, charismatic and handsome-as-hell original fallen angel, who, bored and unhappy in Hell, takes refuge in Los Angeles, where he uses his gift of persuasion to punish bad guys. But the longer he’s away from the underworld, the greater the threat that the worst of humanity could escape.

Plot: In The Frankenstein Code, from executive producer/writer Rand Ravich (Life, Crisis) and executive producer Howard Gordon (Homeland, 24), a disgraced, 75-year-old ex-sheriff, whose life ends at the hands of corrupt cops, is brought back to life and given a second chance by a pair of young tech scientists, as a 35-year-old (Rob Kazinsky, True Blood) with unpredictable near-superhuman abilities.