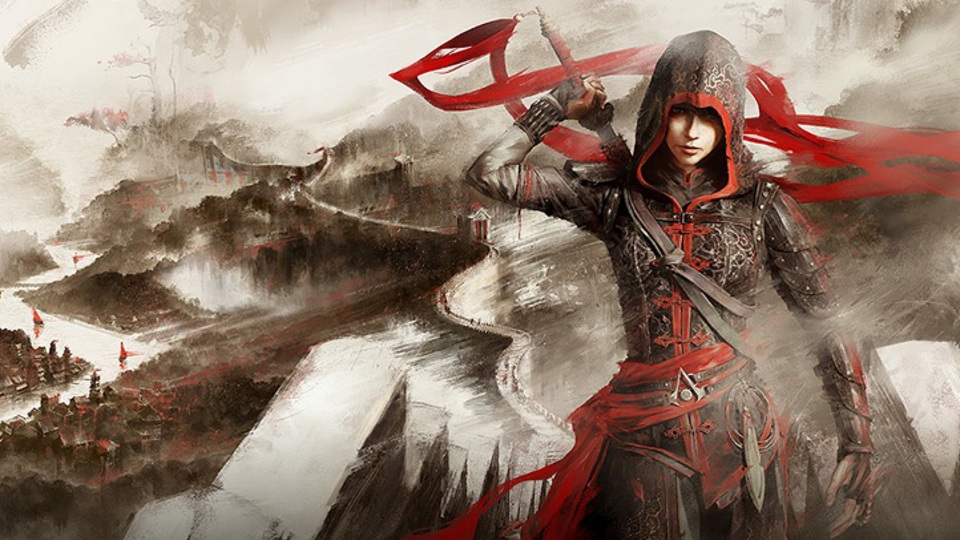 Since Ubisoft launched their first Assassin’s Creed game back in 2007 we’ve been treated to at least one new title a year. The series has found its way onto all the main consoles, PC and even mobile devices. It’s so popular that Ubisoft now have multiple teams all over the world working on it around the clock.

Its success has seen it start to branch out into other media such as comics and animated shorts. There’s even a full blown movie on the way starring Michael Fassbender which is due to begin shooting this September. Surely a TV series will be next on the cards?

The next big game is to be set in Victorian England and it looks like it will be called Assassin’s Creed Syndicate (previously Victory). The games have now taken players to exciting locations all over the globe but personally I’m still waiting for Assassin’s Creed Blackpool.

Ubisoft are obviously concerned that we’re not getting enough Assassin’s Creed. Instead of squeezing in an extra title they’ve decided to go all out with a new trilogy which is Assassin’s Creed Chronicles. The first Chronicle is set in China with the remaining parts heading to India and Russia.

Fans of the series may remember Assassin’s Creed: Embers, an animated short released back in 2011, which focused on the last days of series favourite Ezio Auditore da Firenze. In the short he crossed paths with a former concubine named Shao Jun who had become an Assassin.

Shao Jun is who you play in Chronicles China as she fights against the evil Templars to get revenge for their actions against the Assassins. At the start of the game she purposely gets herself captured by the enemy. The story is told through narration and animated storyboards with a lovely Chinese brush painting aesthetic that focuses on black and red inks.

Previous games have mostly gone for a third-person viewpoint with an open world sandbox like setting. For Chronicles the developers have switched to the 2.5D action-platformer genre and it feels a lot like Prince of Persia mixed with Mark of the Ninja. A similar painted art style is used throughout the game and it looks gorgeous.

As you’d expect Shao Jun is a rather agile character capable of running, jumping, crouching, sliding and climbing. She moves elegantly with ease as she darts around the levels. While you can turn to combat there’s a big emphasis on stealth gameplay and this is the most rewarding way to play.

It’s possible to make use of her eagle vision to track enemies and their designated patrol routes. As enemies patrol you can also see their cone of vision showing the direction they are looking and how far they can see. Visual indicators also show when they are about to turn, when they spot something to investigate and also when they are calling for reinforcements.

With careful planning it’s often possible to get past enemies without needing to engage them. This requires timing and patience as you duck into cover and dash to the next safe spot. Stealth takedowns are possible from behind and from cover. When an enemy is killed you can opt to move and hide the body. If you execute a stealth kill from cover Shao Jun will automatically hide the body for you.

To prevent you needing to take out all the enemies Shao Jun is also armed with a variety of abilities. She can whistle to get an enemy’s attention, throw firecrackers to temporarily stun, fire a noise making dart and also throw knives to cut ropes.

The levels are quite large and are made rather interesting thanks to the decision to go with 2.5D. While they spread out horizontally and vertically you can also move in and out of the level so you might see other locations in the background and then cross a beam or use a rope to get there. Levels often have multiple ways of tackling them and this gives the game a nice puzzle feel as you work out the best way to obtain the highest score.

When stealth goes wrong you can try and flee or turn to melee combat with your trusty sword. The combat can be tricky due to your limited health. Careful timing is needed to block incoming attacks before unleashing combinations of light and heavy swings in return. One cool move you have that can get you out of trouble is to block and then vault over an enemy.

As you progress new abilities are granted which give you more variety in how you can tackle each situation. The game automatically checkpoints as you play and should you die you are returned to the previous one.

Assassin’s Creed Chronicles: China is a great take on the stealth genre. There’s a good six hours to play through with a further two more difficulties to unlock. While it’s different from the usual games it is also similar enough that Assassin’s Creed fans will want to pick it up. A little more variety would have been nice but hopefully this will come in the next parts of the trilogy as there’s a nice solid foundation here on which to build.