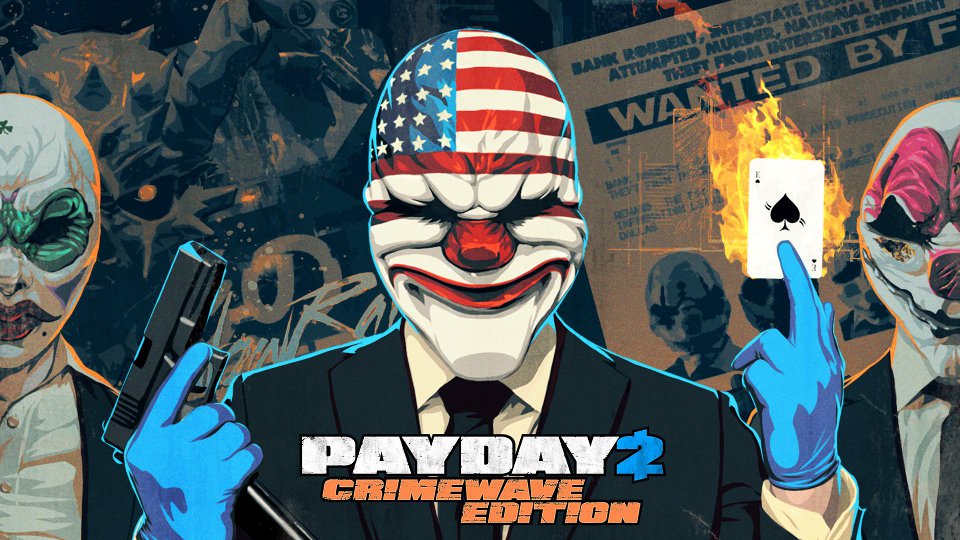 505 Games have announced that Payday 2: Crimewave Edition is coming to PS4 and Xbox One.

Breathing new life into the game the new console edition contains over a year’s worth of DLC packs and content updates (including The Big Bank Heist and the recently released The Bomb) and boasts improved frame rate, better textures and 1080p resolution.

This new edition features new characters (including Clover, the game’s first female character, and contact characters voiced by Breaking Bad’s Giancarlo Esposito and Lost’s Mira Furlan), more masks and a new perk system that adds to customization with a fifth skill tree as well as a pre-planning stage.

Those who pre-order from participating retailers will unlock the Hard Time Loot Bag digital content which includes:

Payday 2: Crimewave Edition will be available in the UK on June 12th.