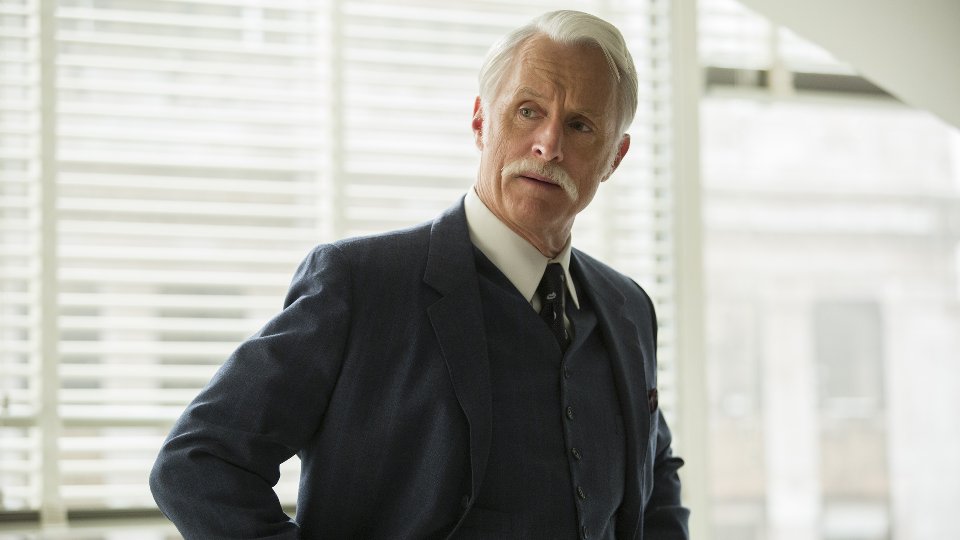 Mad Men is getting ever closer to the end of its run and last week’s episode marked a big change for SC&P.

Don Draper (Jon Hamm) and co discovered that McCann Erickson were dissolving the company and bringing the personnel over to their offices. The SC&P partners clubbed together to try and come up with an alternative solution but their efforts amounted to nothing in the end.

Word began to spread through SC&P leading the partners to make an announcement about the situation. The response was mixed with only Harry (Rich Sommer) seeing it as a good thing. Joan (Christina Hendricks) was conflicted as she realised that the status she’d built up at SC&P would mean nothing at McCann.

The next episode of the season is Lost Horizon. While Don is rewarded for his work, Joan butts heads with a co-worker over an account and Roger avoids making a big decision.

Tune in to Sky Atlantic HD tomorrow at 9pm to see the episode. Preview it with our gallery below: