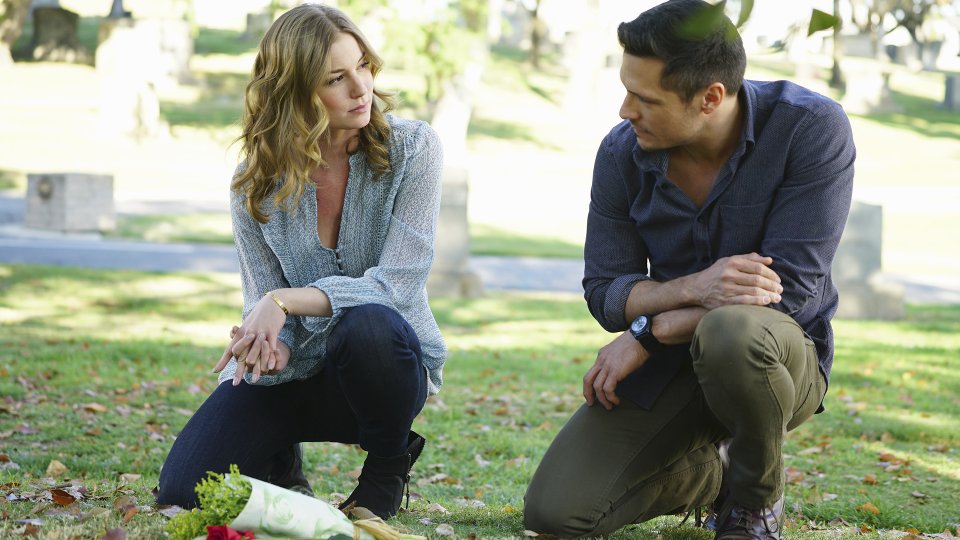 Could Louise (Elena Satine) be about to go to the dark side in Revenge?

After over-hearing Nolan (Gabriel Mann) saying that he pitied her after admitting that it may be time for their marriage to end so he can focus his attention on new love interest Tony (Josh Pence). We suspect that Louise will not be going quietly…

Elsewhere in the episode Margaux (Karine Vanasse) called off the hit she placed on Emily (Emily VanCamp), Emily decided to try and clear Daniel’s name by revealing her true identity to the world, and Stevie (Gail O’Grady) warned Emily to keep Jack (Nick Wechsler) out of her plans.

The next episode of the season is Exposure. Emily’s shocking declaration threatens everything she’s accomplished and her future is jeopardised when Victoria (Madeleine Stowe) discovers devastating new secrets.