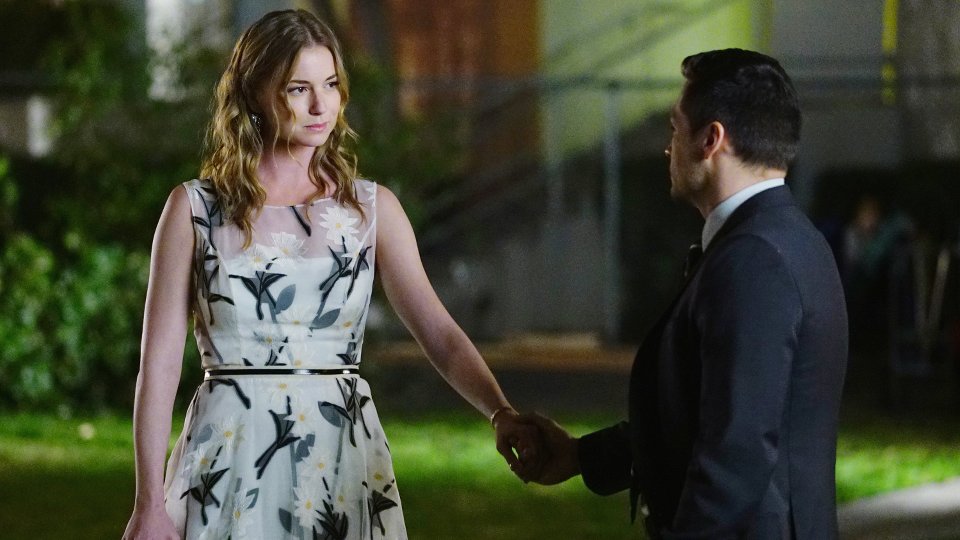 After Margaux (Karine Vanasse) had Jack arrested for drink driving, even though he hadn’t been, Emily turned to Stevie to help get the charge dropped. Discovering that Margaux had bribed the judge, Emily resorted to blackmail to get Jack off.

Elsewhere in the episode Victoria (Madeleine Stowe) was upset to learn that Margaux had voted against plans to name a new hospital wing after Daniel (Josh Bowman), Emily attempted to make peace with Margaux who didn’t want to listen and stepped in front of a moving cab resulting in the loss of her baby, and Ben (Brian Hallisay) looked into the death of Louise’s (Elena Satine) brother.

The next episode of the season is Clarity. A grief-stricken Emily tries to repair her collateral damage. Victoria chases a fresh lead with renewed vigour. Louise tells Nolan she wants a baby.