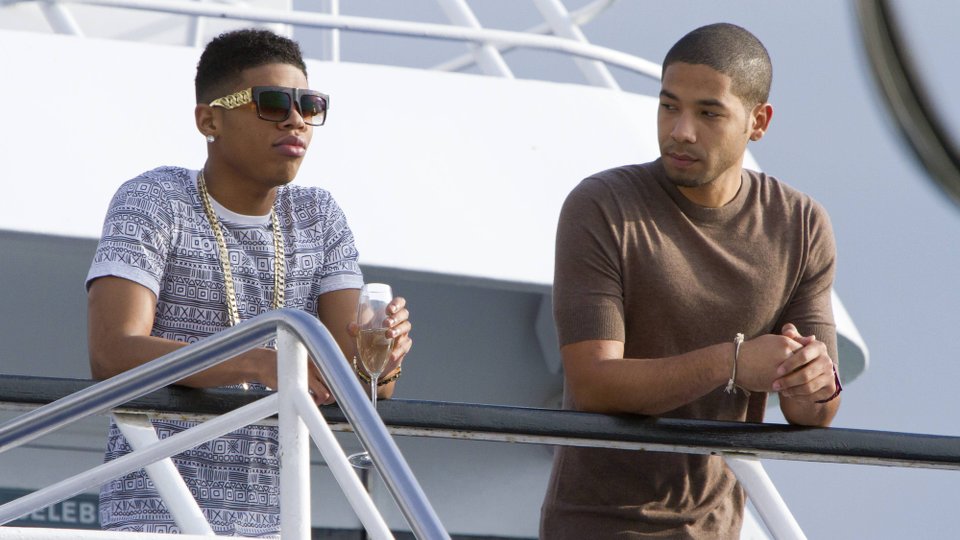 Smash-hit US musical drama Empire kicks off in the UK tonight.

The much-buzzed series, which has enjoyed record ratings in the US, finally arrives on our shores following the end of its first season run in the US. Set in the hip-hop world Empire follows a music industry mogul as his three sons and ex-wife battle to become the heir to his kingdom.

When Lucious, a talented artist and CEO of Empire Entertainment, is diagnosed with a debilitating illness, he must choose one of his three sons to become heir of his successful music kingdom. Lucious’ favourite is his youngest son, Hakeem (Bryshere Y. Gray), who is a gifted musician but also a spoiled playboy who values fame over hard work. Middle son Jamal (Jussie Smollett, North, The Mighty Ducks) is a sensitive soul and musical prodigy who, unlike Hakeem, shies away from the spotlight. Eldest son Andre (Trai Byers, 90210), is Wharton-educated with a brilliant mind, but lacks the charisma that Lucious believes is critical to running the company successfully.

As Lucious prompts his sons to vie for his empire, his plans are thrown into chaos when his ex-wife, the brash and outspoken Cookie, (Academy Award and Emmy® Award nominee Taraji P. Henson, The Curious Case of Benjamin Button, Person of Interest) mysteriously emerges from prison to claim her share of the business. As the Lyons slug it out, an emotional chess game begins that will either cause the family’s destruction or redemption. Love, war, family, sacrifice, money and music: this is the story of Empire.

Tune in to E4 tonight at 9pm to see the first episode of the season. Preview it with our gallery below: