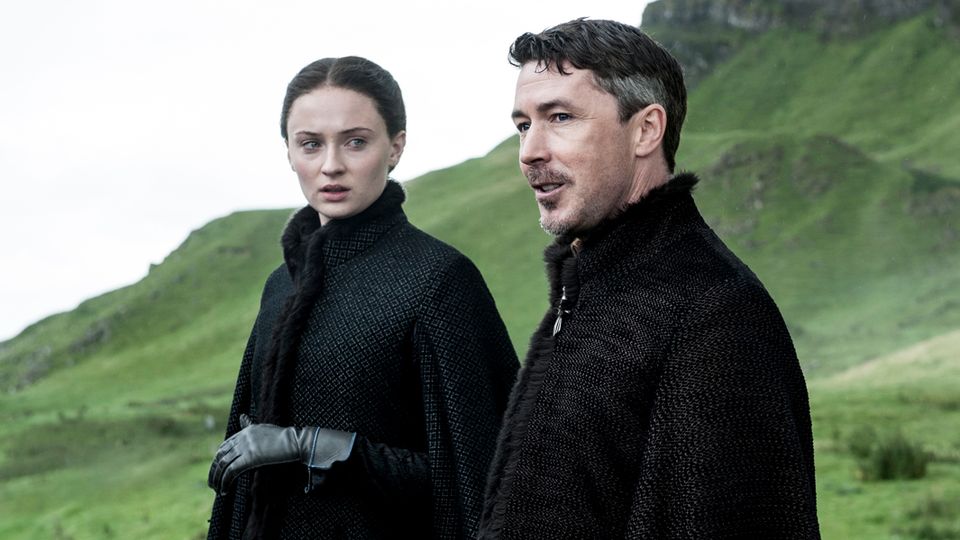 The House of Black and White was a thrilling Game of Thrones episode that continued the build up for the rest of season five. Each season always takes a couple of episodes to really get going but you can already feel the tension.

The third episode is written by showrunners David Benioff and D. B. Weiss with Mark Mylod taking to the director’s chair for the first time. The episode is titled High Sparrow.

The preview opens up with Littlefinger (Aiden Gillen) telling Sansa (Sophie Turner) that she should avenge her family. We’re not sure what he has planned but are pretty sure it’s more for his own interests than hers.

Next we hear a woman’s voice talking to Arya (Maisie Williams) saying she didn’t earn the coin that brought her to Braavos and asking who she is. Last episode we left Arya as she entered the House of Black and White. In the preview video she looks rather upset.

It looks like something is going down (as always) in Kings Landing as we see Cersei (Lena Headey) ask ‘What do you want from us?’. Could this have something to do with the message from Dorne?

At Castle Black we see Stannis (Stephen Dillane) telling Jon Snow (Kit Harrington) that he has many enemies. Last week Jon turned down an offer from Stannis to become Jon Stark and ended up in charge of the Night’s Watch. The scene cuts to Ser Alliser Thorne (Owen Teale) who was expecting to be picked over Jon and we’re sure he’s not going to just leave it without kicking up a fuss.

Next we see Roose Bolton (Michael McElhatton) and son Ramsay (Iwan Rheon) before a snippet of Reek/Theon Greyjoy (Alfie Allen). Last we saw Ramsay was riding to Winterfell with Reek/Theon and we were wondering if Theon might start to fight back against Ramsay. Could they be heading to a showdown with Sansa?

Finally we see a brief glimpse of Tyrion before the preview ends with Jaqen H’ghar (Tom Wlaschiha) telling (presumably) Arya that ‘All men must serve’.

This episode should be the last of the setup for the season and knowing Game of Thrones it won’t be long now before the big shocks and surprises really begin.

In this article:Game Of Thrones, High Sparrow