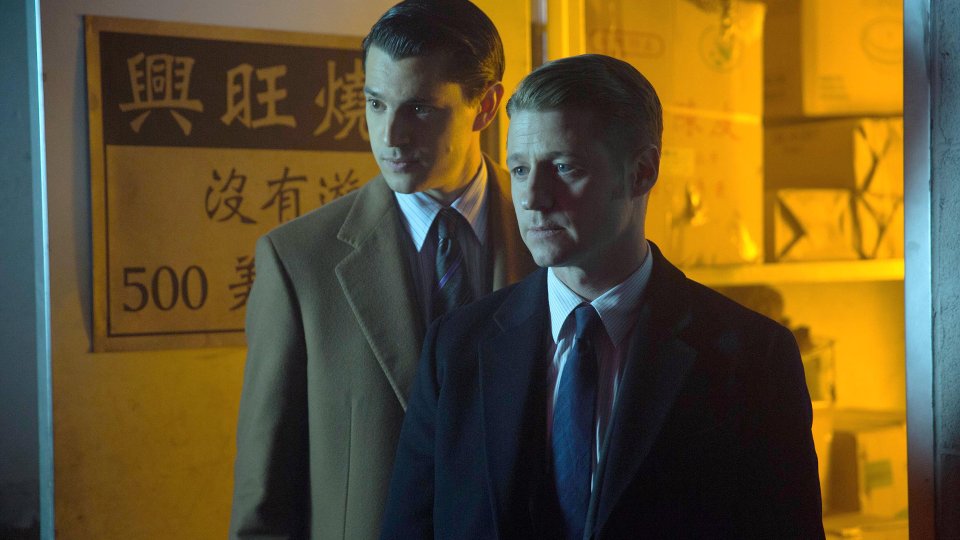 Jim (Ben McKenzie) and Bullock (Donal Logue) tried to track down a bunch of Robin Hood-like bank robbers in the latest episode of Gotham.

After discovering that gang member Gus Floyd (Michael Goldsmith), a man who called himself the Red Hood, was dead Jim and Bullock helped the police track down the remainder of the gang members. A shoot out took place killing all of the men responsible for the robberies.

Elsewhere in the episode Cobblepot (Robin Lord Taylor) continued his power struggle with Maroni (David Zayas), Fish (Jada Pinkett Smith) discovered that the facility she was in was run by the Dollmaker, and Alfred (Sean Pertwee) was stabbed after an old friend Reginald Payne (David O’Hara) visited and deceived him to steal files for Wayne Enterprises’ Board of Directors

The next episode of the season is Everyone Has a Cobblepot. As Alfred recovers from his attack, Fish makes promises to the institution’s chief doctor that earn her a promotion.