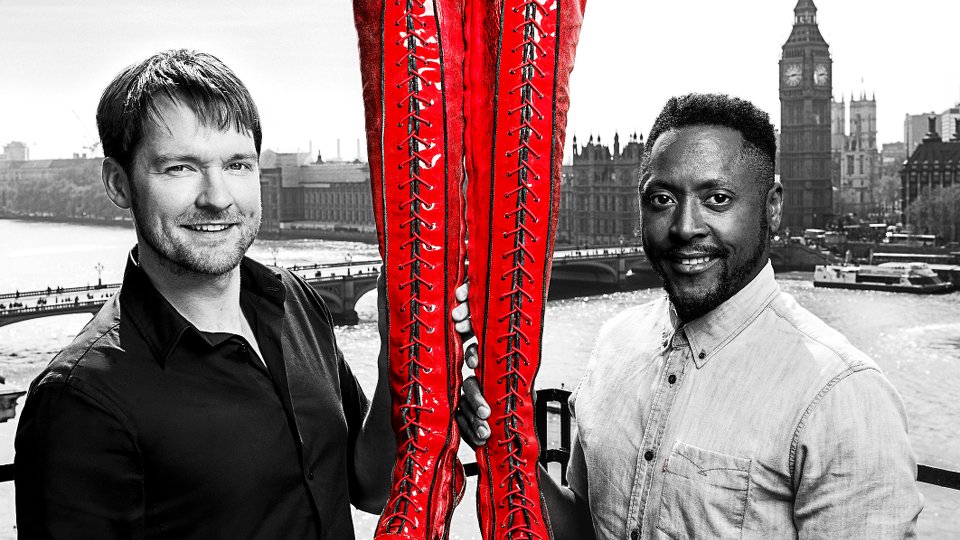 Killian Donnelly (Memphis The Musical) and Matt Henry (The Voice UK) will lead the cast for the West End debut of Broadway smash Kinky Boots.

Inspired by true events, Kinky Boots takes you from a gentlemen’s shoe factory in Northampton to the glamorous catwalks of Milan. Charlie Price (Killian Donnelly) is struggling to live up to his father’s expectations and continue the family business of Price & Son. With the factory’s future hanging in the balance, help arrives in the unlikely but spectacular form of Lola (Matt Henry), a fabulous performer in need of some sturdy new stilettos.

Director and choreographer, Jerry Mitchell said, “Casting the entire London company of Kinky Boots has been an amazing and energizing experience; each character has a true individual significance in this show and that makes it so special. We are delighted to have found our Lola and Charlie in the hugely talented Matt Henry and Killian Donnelly. Both gentlemen will bring effortless charm and sensational voices to the show. I am really looking forward to working with all my wonderful cast on Kinky Boots, which will be my 7th production in the West End.”

Book writer, Harvey Fierstein said, “The inspiring story of Kinky Boots is about to complete its full circle journey from Northampton to the silver screen to Broadway and now, at last, back home to London. It’s been an absolute thrill to witness the giant heart of our show raise audiences up out of their seats in clamorous joy night after night all across the States. I can’t wait to experience its homecoming with our friends across the pond.”

Composer and lyricist, Cyndi Lauper said, “It has been a wonderful adventure and a privilege for me, to play a part in creating Kinky Boots. Everyone can relate to this universal story, and I am convinced that people in the UK are going to fall in love with it – and the music will hopefully get them tapping their toes!”

Kinky Boots will start previews at the Adelphi Theatre from 21st August 2015.

Advertisement. Scroll to continue reading.
In this article:Kinky Boots