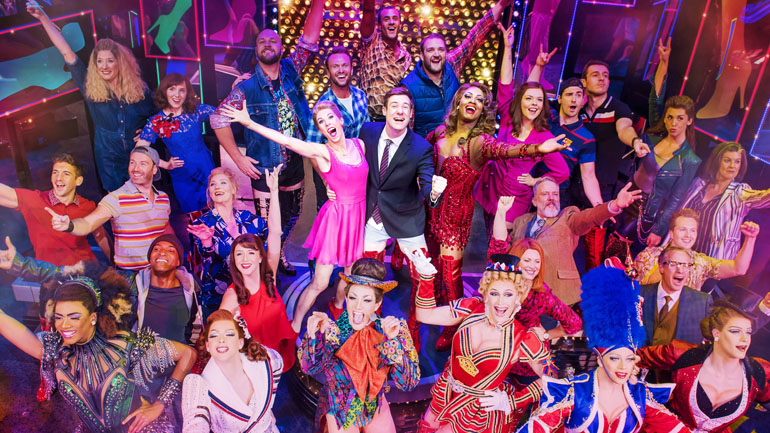 Leeds Grand Theatre has revealed a dazzling and diverse programme of hit shows to arrive in the city for 2019 – ranging from laugh-out-loud comedy to major musicals and chilling thrillers.

Derren Litten’s smash hit ITV comedy Benidorm is set to bring sunshine and smiles to Leeds as the first ever stage version of the ITV comedy announces an extension into 2019.

The Full Monty follows from Monday 25 to Saturday 30 March. Based on the blockbuster movie, the musical tells the story of six out-of-work, impoverished steelworkers from Sheffield with nothing to lose.

Kinky Boots, the winner of every major Best Musical award, including an Olivier and a London Evening Standard BBC Radio 2 Audience Award, is set to strut into Leeds from Monday 8 to Saturday 20 April.

Inspired by true events, with a book by Broadway legend and four-time Tony Award-winner Harvey Fierstein, and songs by Grammy and Tony-winning pop icon Cyndi Lauper, Kinky Boots is a joyous musical celebration about the friendships we discover, and the belief that you can change the world when you change your mind.

The House on Cold Hill is the best-selling novel by Peter James and now becomes the fourth play in his box office smash hit and critically acclaimed stage franchise, following the sell-out success of Not Dead Enough, The Perfect Murder and Dead Simple on stage.

The House on Cold Hill is a modern-day ghostly thriller that will send shivers down everyone’s spine from Monday 29 April to Saturday 4 May.