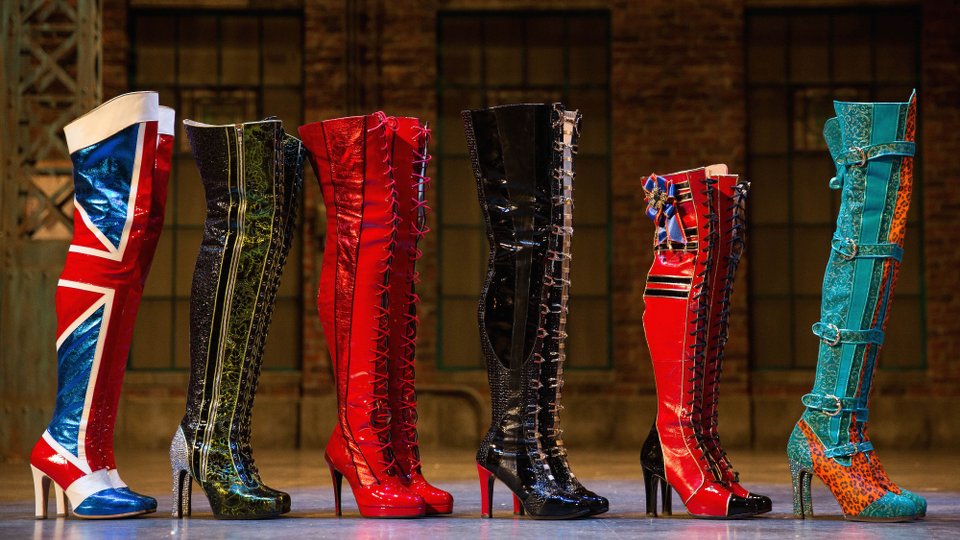 Multi-award winning musical Kinky Boots will open in the West End on 15th September 2015 at the Adelphi Theatre.

Inspired by a true story and based on the Miramax film written by Geoff Deane and Tim Firth, Kinky Boots tells the story of Charlie Price who has reluctantly inherited his father’s Northampton shoe factory. Trying to live up to his father’s legacy and save the family business from bankruptcy, Charlie finds inspiration in the form of Lola. A fabulous entertainer in need of some sturdy stilettos, Lola turns out to be the one person who can help Charlie become the man he’s meant to be. As they work to turn the factory around, this unlikely pair finds that they have more in common than they ever dreamed possible… and discovers that when you change your mind, you can change the world.

Director and Choreographer, Jerry Mitchell said, “I am delighted to see this big-spirited musical arrive in London. Kinky Boots is very close to my heart, and I am really looking forward to staging it here with a British cast.”

Tickets at the Adelphi Theatre go on sale from Monday 2 March 2015. For more information head over to www.kinkybootsthemusical.co.uk