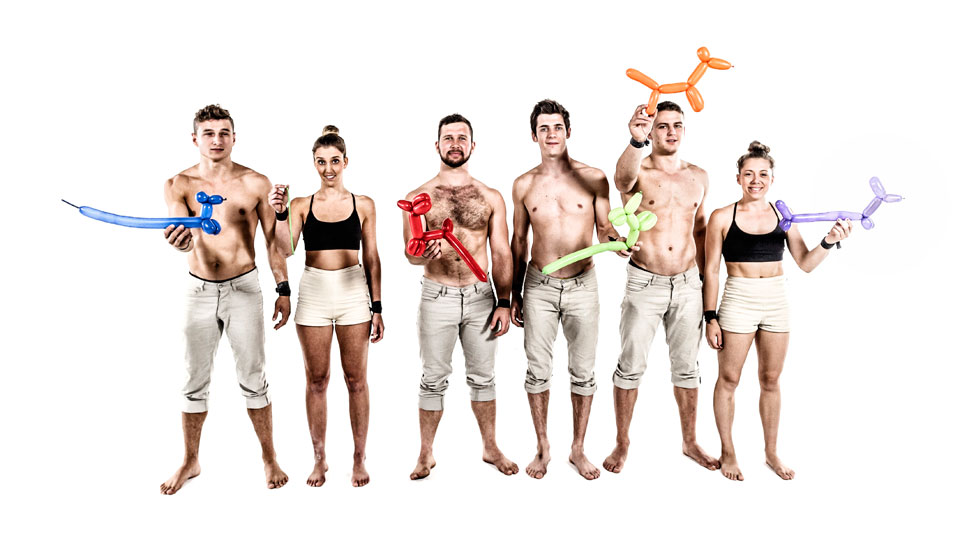 Australian acrobatics ensemble Gravity & Other Myths are playing at this year’s Udderbelly Festival at the Southbank Centre. In a performance lasting one hour, these incredible athletes astound and amaze with a routine that makes an art form out of human endurance and physicality.

A Simple Space isn’t only a showcase of breathtaking acrobatics, but a finely-honed routine that incorporates plenty of humour into the act – you’ll love watching these guys because they’re so much fun. Gravity & Other Myths have their performance down to perfection, knowing precisely how to work an audience, keep them on side, and hold them spellbound throughout the act. Clever music (an accompaniment by Elliot Zoerner adds to the atmosphere, and he even turns himself into a human percussion instrument at one point) and lighting are also used to enhance the effectiveness of the brilliantly-conceived act.

It sounds trite to say it, but there’s little use describing specific feats. It’s one of those things that you just have to see for yourself to believe it, and if you have an early evening to spare in the coming weeks, A Simple Space is an act you must catch whilst you can. The best way to summarise it is as a treat for the eyes. It’s ideal entertainment to enjoy with friends and a few drinks, and the non-spoken routine is family friendly (the prudish may worry about some terrifically toned male physiques on display – the men outnumber the women seven to one – but the vast majority will either enjoy or envy). One highlight for us was company member Daniel Liddiard solving a Rubik’s Cube in about a minute – whilst balancing entirely on his head the whole time.

The show is a testament to the capabilities of the human body at the height of physical fitness. All of the individual routines have a wow-factor, but you’ll have your heart in your mouth, or spontaneously find yourself holding your breath when the acrobats leap on one another’s backs from increasingly great distances, or hurl each other through the air. It’s the sort of thing mere mortals might attempt and inflict serious injury.

You’d have to go a long way to see a finer acrobatics act than this, and the evident trust and affection amongst the ensemble makes A Simple Space such a personable and warm show.

Whilst A Simple Space will be enjoyed by anyone who heads over to the Purple Cow, we heartily recommend arriving early to sit as close to the action as possible. Perfect entertainment.