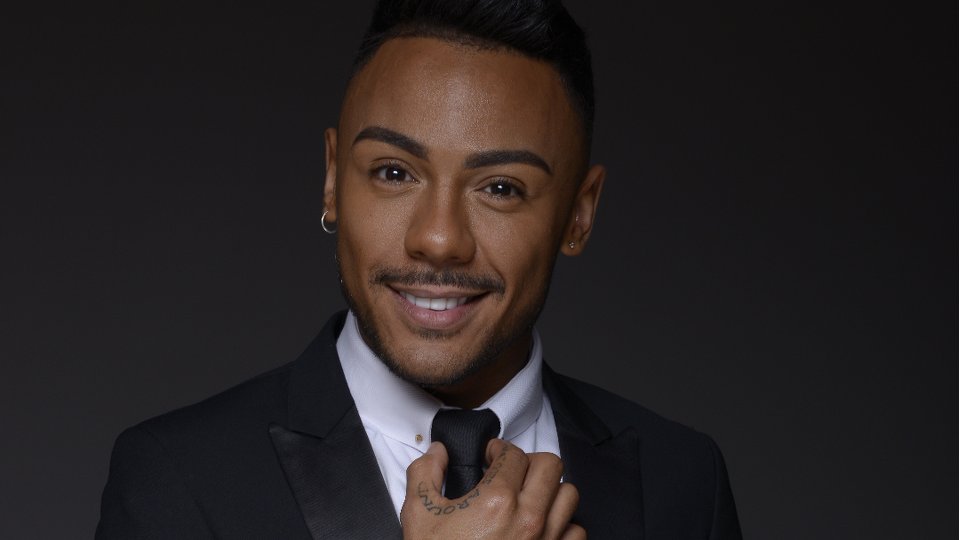 Marcus Collins first shot to our attention when he appeared on 2011’s The X Factor. Marcus was adorable and his warm personality and great voice endeared him to millions. He finished in second place, to girlband Little Mix, after being mentored by Take That’s gorgeous and ever-talented Gary Barlow. His debut album, the self-titled Marcus Collins, became his first top 10 UK album.

Since then, Marcus has done various pieces of work, including being chosen to front some rather fabulous musicals, including Hairspray. With this under his belt, we bet that his appearance in The West End Men is going to be rather charming and wonderful. The West End Men are returning with their third tour, due to popular demand, following two smash-hit UK tours in 2012 and 2013. We’ve seen the previous shows and they were sophisticated, fun and polished. We’re looking forward to seeing Marcus joining and performing in the show, which kicks off at the end of May for a UK tour.

Here is our interview with the lovely Marcus Collins.

Hi Marcus, how are you doing today?

You will be joining the hit show The West End Men on their new UK Tour which kicks-off on May 24th, what are you most looking forward to about taking part in the show?

I’m so excited to be part of the show, it really has got something for everyone. My favourite part is the finale, we all sing in unison and it’s incredibly emotive on the stage, we hope that’s felt in the theatre.

Are you deep in rehearsals at the moment and if so, how are they going so far?

Yes, there are lots of new changes and polishing up of music, so a lot of creative ideas are floating about. It’s fun we get to add a touch of our own styles to parts of the tour. We have also been recording the album to go alongside the tour and it’s sounding great.

The West End show celebrates the big numbers and classic rock & pop hits of the last sixty years, what are your favourite songs in the show to sing?

One of my favourite songs to sing is Defying Gravity, because it’s so cool to change the shape of such a well-known song. I also love performing Bring Him Home, as the melodies towards the end are heart breaking. It makes the hairs on my entire body stand on end!

We have previously seen the show and we loved it, have the guys that used to be in the show, such as Lee Mead and Matt Willis, given you any advice?

Unfortunately, they haven’t. However, that isn’t necessarily a bad thing, as it means we have been given a liberty to carve our own spaces in this show. This makes it really personal and unique and that is something extra special for us as performers.

The West End Men show also features songs from musicals, such as Les Miserables and West Side Story. Do you have a personal favourite musical?

My favourite musical has to be Kinky Boots, I can relate to it so much and the score is phenomenal.

Tell us about your time touring as part of the Hairspray cast?

Hairspray was my debut in a musical theatre and holds a very special place in my heart. To play Seaweed was a dream role and I am so proud to say that I was a part of that production.

After the show wrapped, you did a charity sky dive with some of the cast, would you do that again?

Yes, absolutely! I faced my fear head on and raised a lot of money. It was more a test of my own mind, but one I’m glad I conquered.

What is your biggest ambition that you’d like to achieve?

To be happy and to feel successful, and be able to reflect over my life and smile at the great things I’ve been lucky enough to achieve.

Do you think you have changed much since appearing in the X Factor?

Yes, 100%! I’ve grown up and learned so much about myself and also the industry I work in.

What are you most looking forward to in 2015?

My West End debut and being a part of the original cast for Kinky Boots.

The West End Men will be touring at various venues throughout the UK from 24th May to 14th June 2015. See website for full details.