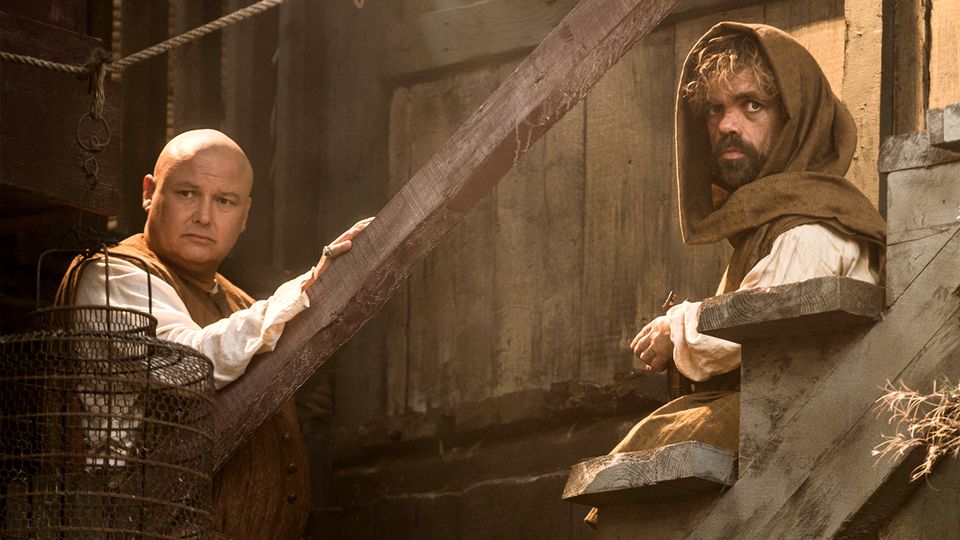 We do our best to avoid major spoilers but if you want everything to be a surprise or you haven’t finished season 4 then we suggest you stop reading now.

Tomorrow is the day Game of Thrones fans have been waiting for as the show returns for a fifth season. Sadly UK fans are left behind the US this year and will have to wait until Monday night to catch up with the latest goings on from the Seven Kingdoms.

Season four was another rollercoaster ride and continued to shock with the deaths of several major characters. The finale set in motion the plotlines for the upcoming season. Tyrion Lannister (Peter Dinklage) escaped King’s Landing with the help of Lord Varys (Conlth Hill). Arya Stark (Maisie Williams) had bought passage on a ship to Braavos. Bran Stark (Isaac Hempstead-Wright) and his party made it to the Heart Tree from his visions and met the three-eyed raven. Stannis Baratheon (Stephen Dillane) conquered the Wildling army and Daenerys Targaryen (Emilia Clarke) had taken Meereen.

Season five is based on material from the fourth (A Feast for Crows) and fifth (A Dance with Dragons) books of George R. R. Martin’s A Song of Ice and Fire series. This means the TV show has pretty much caught up with the books that have been released. The sixth novel, The Winds of Winter, is expected to be published before season six. HBO are currently planning to make ten seasons of the show which are going to eventually diverge more from the books.

The season five premiere is titled The Wars to Come and the official synopsis reads:

[quote]Cersei (Lena Headey) and Jaime (Nikolaj Coster-Waldau) adjust to a world without Tywin. Varys reveals a conspiracy to Tyrion. Dany faces a new threat to her rule. Jon (Kit Harrington) is caught between two kings.[/quote]

The Wars to Come is written by showrunners David Benioff and D. B. Weiss. The fifth season has chosen almost entirely new directing staff and the first two episodes are directed by Michael Slovis (CSI, Breaking Bad)

The majority of the characters who survived season four are expected to return. While we have our favourites and those that we are rooting for we learnt long ago that no one is safe. We also know to expect many new faces and wonder who will survive the season.

There’s two notable absences from the cast this season – Bran Stark and Hodor. Their journey at the end of season four took them as far as they’ve gone in the books.

Something new for season five is the introduction of flashbacks. The show has avoided these thus far but we know that a young Cersai will feature this season.

As always we’re wondering if this is the season when Dany will finally cross the Narrow Sea to stake her claim for the Iron Throne. It looks like first she’s going to have to get Drogon, her missing dragon, under control.

It’s also going to be interesting to see how Tyrion fairs in his new surroundings. Surely it can’t be long before he and Dany meet?

Below you can check out a selection of official images that have been released from season five:

Let us know your predictions and expectations for season five in the comments below. Check back on Monday night for our recap of Game of Thrones season 5 The Wars to Come.

Game Of Thrones season 5 starts on HBO on Sunday April 12th and on Sky Atlantic in the UK on Monday April 13th.

In this article:Game Of Thrones, GoT, HBO, Sky Atlantic HD