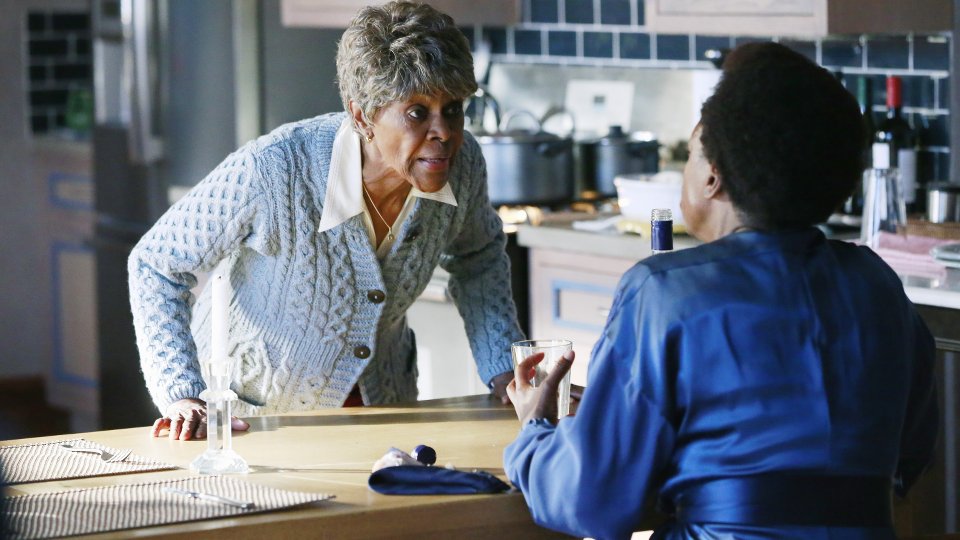 Annalise (Viola Davis) found herself accused of murder by her sister-in-law Hannah (Marcia Gay Harden) in the latest episode of How To Get Away With Murder.

Hannah was convinced that Annalise had something to do with Sam’s (Tom Verica) death following the discovery of his remains. She told the judge that Annalise had previously threatened to kill Sam giving the police what they needed to search her house. Bonnie (Liza Weil) discovered that Wes (Alfred Enoch), Michaela (Aja Naomi King), Laurel (Karla Souza) and Connor (Jack Falahee) were responsible for Sam’s death and confronted Annalise about it.

Elsewhere in the episode Annalise teamed up with Frank (Charlie Weber) to frame Nate (Billy Brown) for Sam’s murder, and Annalise’s students became even more nervous when they were told they couldn’t contact their mentor as she was being watched by the police.

The next episode of the season is Mama’s Here Now. Annalise is distraught over the latest twists and turns in Sam’s murder case, but with the help of her mother she begins to put events in perspective.