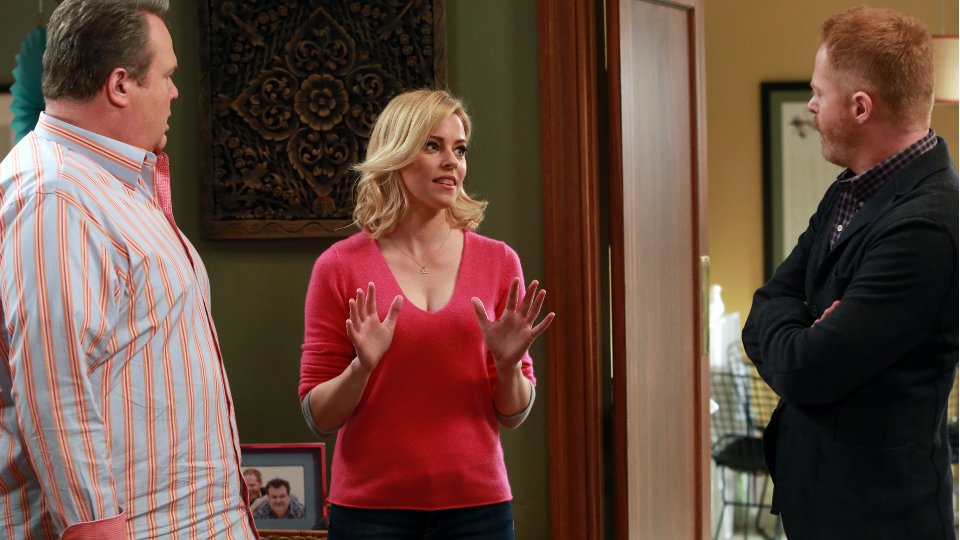 The sulky sibling directed a little too much attention in Jay’s (Ed O’Neill) direction making him feel uncomfortable, which caused a fight with Gloria. Elsewhere in the episode Phil (Ty Burrell) and Claire (Julie Bowen) resurrected their alter egos Clive and Juliana leading Claire to worry Phil preferred Juliana to her.

The next episode of the season is Fight or Flight. Phil and Claire head home after a weekend away with the former’s cheer buddies, while Mitch and Cam throw Sal (Elizabeth Banks) a belated baby shower.