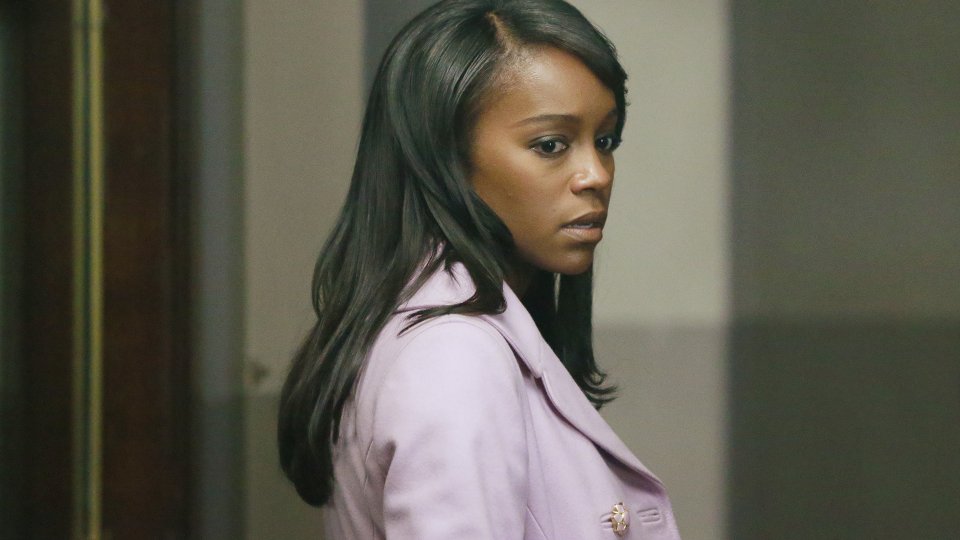 Annalise Keating’s (Viola Davis) life is about to get more complicated with the arrival of Sam’s (Tom Verica) sister Hannah (Marcia Gay Harden) at the end of the latest episode of How To Get Away With Murder.

Before Hannah showed up unannounced and claiming that Sam didn’t kill Lila (Megan West), Annalise’s students panicked about their part in Sam’s murder. Unsure what Annalise knows about their involvement, some of the group contemplate turning themselves in and blaming Wes (Alfred Enoch) for the murder. Laurel (Karla Souza) told Annalise and Wes what was happening and it was Annalise who talked the others out of telling the truth to the police.

Elsewhere in the episode Rebecca (Katie Findlay) was acquitted of killing Lila and the spotlight was moved over to the missing Sam.

The next episode of the season is Best Christmas Ever. The school is abuzz with rumours surrounding Sam’s disappearance, while Annalise’s students face uncomfortable questioning from police investigators.