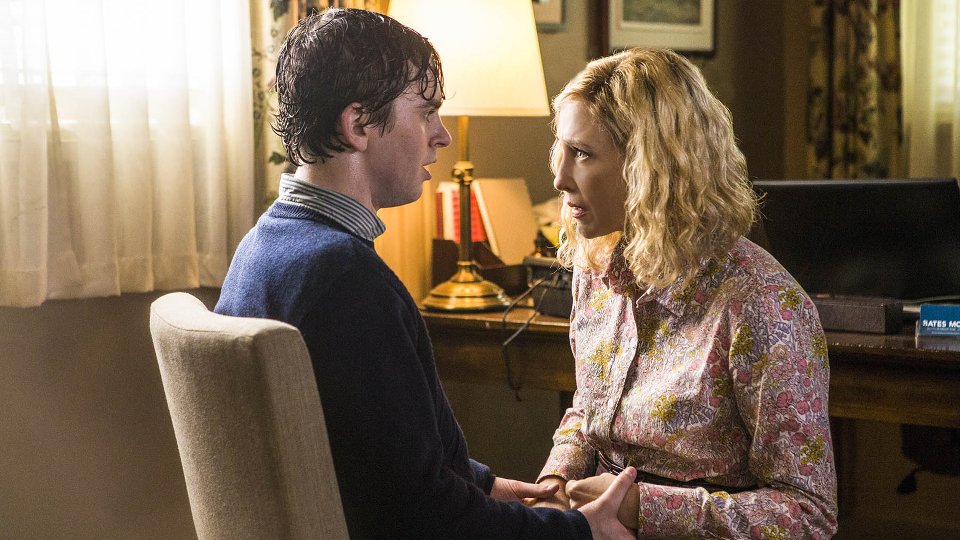 Bates Motel returns to the UK on Wednesday for its third season, just weeks after it returned in the US.

The hit show will pick up following the shocking season two conclusion that saw Norman (Freddie Highmore) pass a lie detector test even though he was guilty of murder. Norma (Vera Farmiga) and Dylan (Max Thieriot) were aware of Norman’s guilt but they chose to cover it up for the sake of the family. How long before that comes back to haunt them?

The first episode of the new season is A Death in the Family. Norma exerts her authority over her son, Norman, to keep in line, while Norman and Emma grow closer and begin to discuss their future.

Tune in to Universal Channel at 10pm on Wednesday to see the episode. Preview it with our gallery below: