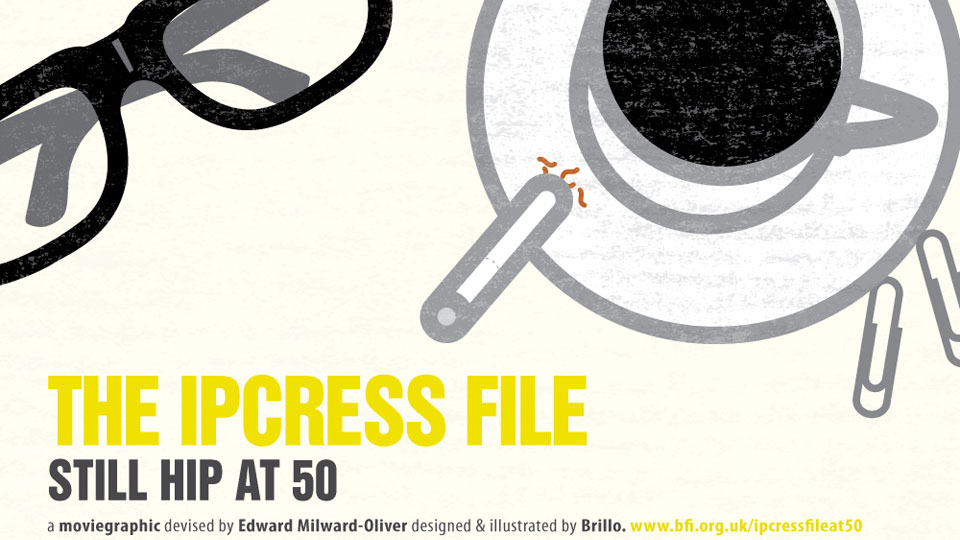 This month is the 50th anniversary of the opening of The Ipcress File, the movie adapted from Len Deighton’s debut novel that made Michael Caine a star, broke box-office records, and is on many top-100 lists.

A striking moviegraphic, created by Edward Milward-Oliver, deconstructing the movie and marking the anniversary is now live on the British Film Institute website. You can see it at www.bfi.org.uk/ipcressfileat50. It’s a must for fans of the classic British espionage thriller that introduced audiences to anti-James Bond – Harry Palmer.

In this article:Len Deighton, Michael Caine, The Ipcress File