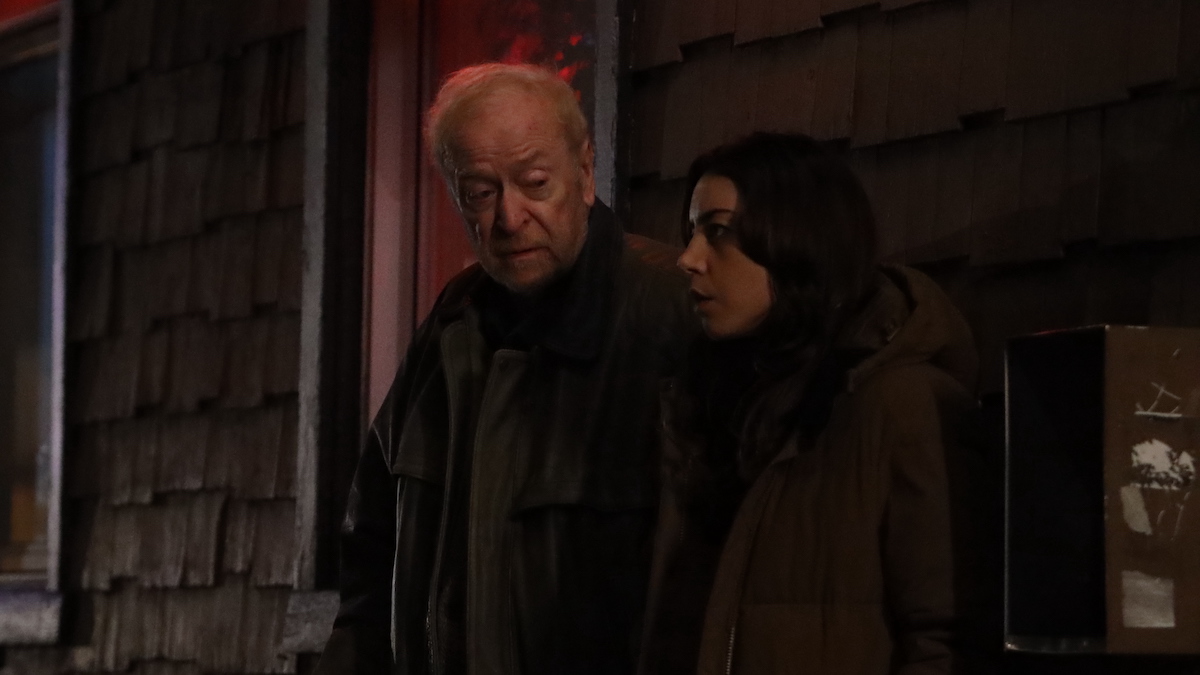 Aubrey Plaza and Sir Michael Caine star in this unlikely buddy-comedy / literary road trip drama from director Lina Roessler. Plaza plays Lucy Stanbridge, a New York publisher whose latest book has flopped, putting her publishing house at risk. Looking for any ideas that might save her business, she finds an old contract from the 70s, which reveals that legendary author Harris Shaw—who wrote one critically acclaimed novel decades ago, and then disappeared from public life—owes her company a book.

She tracks him down, and finds him living the life of a recluse in a rundown house in upstate New York, fueled by whiskey and cigars. After finally convincing him to part with a manuscript he has been sitting on for years, the book is published to much anticipation within the literary world. However, Harris’s misanthropic behaviour completely tanks the highfalutin book launch Lucy had planned, and much to both of their chagrin she ends up having to drive him round the country on a book tour in order to drum up sales.

‘Best Sellers’ leans heavily into the odd couple dynamic. He’s a cantankerous old fucker who has allowed himself to be left behind by the modern world. She’s a neurotic millennial. As the road trip progresses, this evolves into a fairly predictable father-daughter scenario, with many unresolved issues needing to be dealt with. Lucy’s father had been Harris’s publisher back in the day, before Lucy took over the business. It’s a solid setup for a pleasantly charming, completely inoffensive Sunday afternoon movie. And that’s exactly what it is, but with the added bonus of a bit of genuine star power and chemistry from Plaza and Caine.

Playing slightly against type, Plaza’s usual sarcastic prickliness is softened in ‘Best Sellers’, playing Lucy as a much more sentimental character than we’re used to seeing from her. Caine however, never really gets out of second gear, and why should he? He’s Sir Michael Caine after all. With a slightly sharper script however, he might have been able to get something special out of Harris. Instead he just chews the scenery and says “bullshite” a lot, which wears thin after a while.

There are a few occasions in the film where I was reminded of that question you see all the time on Twitter, where someone asks for examples of films that get details of your livelihood spectacularly wrong? If enough people end up seeing it, I suspect ‘Best Sellers’ will become one of those examples for anyone who works in publishing or marketing. There are some huge logic leaps in here that anyone in those careers will find much to tut and roll their eyes about.

Ultimately, ‘Best Sellers’ is a bit of harmless fluff. There’s genuine comedic and dramatic potential in the premise, but it never goes quite far enough to tap into either. First time director Lina Roessler shows a real lightness of touch however, to just let this simple story flow, and allow her two actors to whisk us away for 100 minutes.

Best Sellers is available on Digital Download from 18th October.