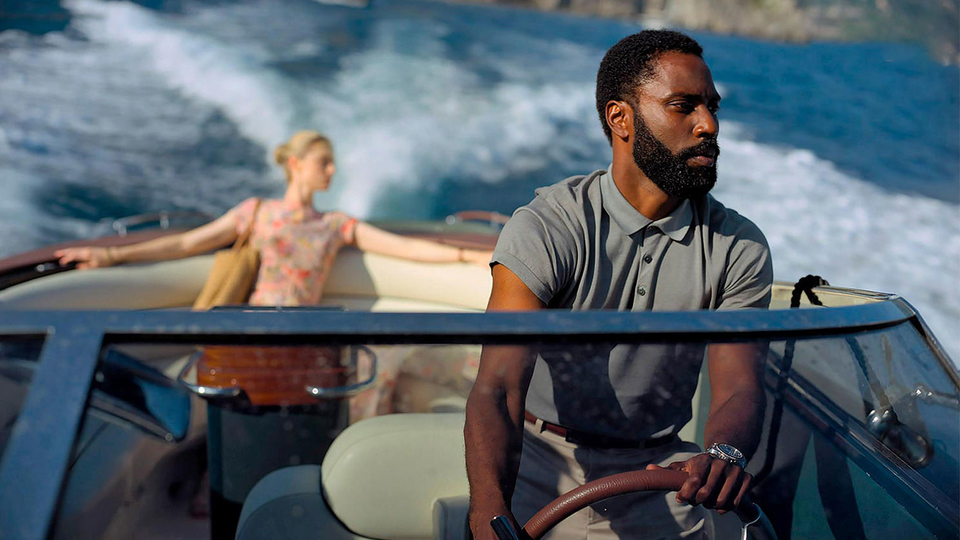 One of the most anticipated movie releases of 2020 is the latest offering from auteur Christopher Nolan. The popular writer/director brings us his latest epic Tenet, and this week we’ve got a first glimpse of the full trailer along with some new artwork.

Tenet opens in UK cinemas on 17th July 2020 and is sure to be one of the best movies of the year.

The trailer opens with an unmistakable Christopher Nolan shot and gives us a quick glimpse of some of the set-pieces in the film, but it does this by not giving away any plot-points. Hardly anything is known about Tenet’s synopsis which adds great anticipation to any footage released.

For anyone looking to see Star Wars: The Rise of Skywalker in IMAX this holiday season, you’ll likely be greeted with a extra special Tenet prologue sequence too, which is exclusive to cinemas.

Christopher Nolan is no stranger to these IMAX teaser prologues, having delivered them before for his big movies. Most recently he had extended footage played of Dunkirk, but his most memorable prologues were the opening sequences of his seminal movies The Dark Knight and The Dark Knight Rises.

The Dark Knight Rises did a great job with its IMAX prologue too, showcases the first ever scene of Tom Hardy’s Bane – complete with ear-straining audio dialogue and that funny accent. Game of Thrones favourite Aidan Gillen featured as the FBI agent who is tasked with bringing Bane in, but who becomes the victim of a daring mid-air heist sequence.

The Tenet IMAX prologue follows in similar fashion, as we meet the principal characters as a daring rescue attempt is mounted. The best thing about this prologue is that it shows you a full 7min scene and then some clips from the trailer which hooks you in and keeps you on the edge of your seat, but that crucially doesn’t reveal any plot points.

It’s rare to get such secrecy for a forthcoming movie but the ad campaign alone sees to it that Tenet will be a fantastic cinema-going experience that will keep its cards close to its chest for as long as possible. For now you can only catch the Tenet IMAX prologue in cinemas.

Check out the new Tenet poster below;