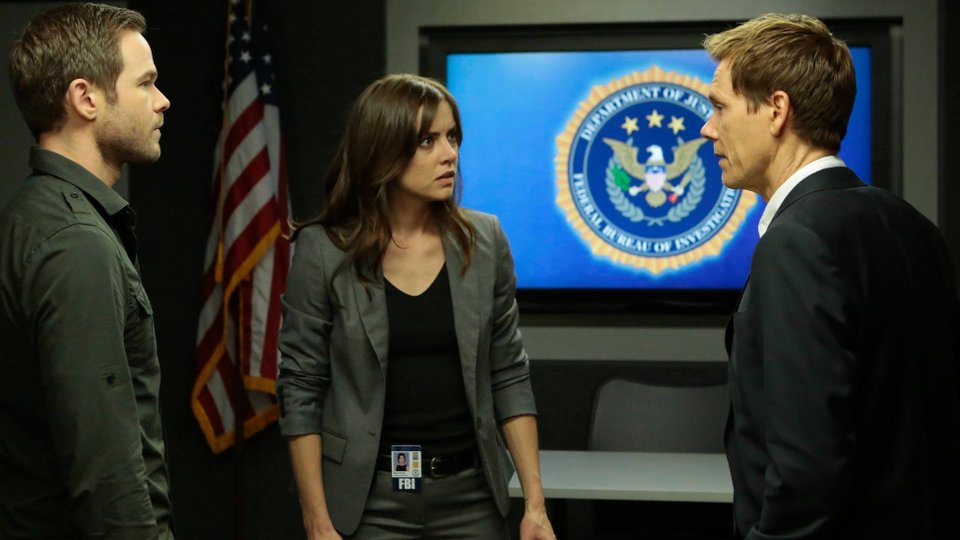 The Following kicked off it’s third season last weekend and it promises to be the creepiest season of the show to date.

Ryan Hardy (Kevin Bacon) and the FBI found themselves thrust into another spate of murders as evil twin Mark (Sam Underwood) orchestrated more chaos around New York. Having recruited some new followers to carry out his dirty work, Mark instructed them to recreate the murders of his family to taunt Ryan and force him to reveal the truth behind the murder of his mother Lily (Connie Nielsen).

As the episode drew to a close, Mark promised that one of the FBI would be killed the next day but who will it be?

The next episode of the season is Boxed In. As Hardy is thrown into a dangerous situation, facing the truth is the only thing that can set him free. Plus, tension mounts among Mark’s group.