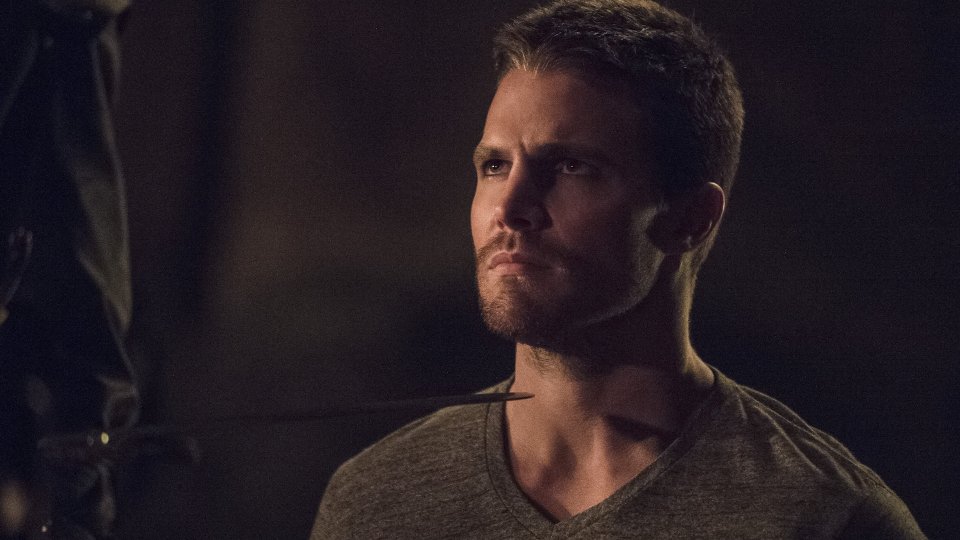 Oliver (Stephen Amell) took Thea (Willa Holland) to Lian Yu to train in the latest episode of Arrow and there was a nasty surprise waiting for them.

Once back on the island, Oliver went to visit Slade (Manu Bennett) in the A.R.G.U.S. prison only to find the guard dead and Slade gone. As if battling for their lives against Slade wasn’t enough, Oliver also told Thea that she was responsible for Sara’s (Caity Lotz) murder. Together Oliver and Thea managed to defeat and imprison Slade.

In the episode’s flashbacks Oliver secretly spied on his family and discovered that Thea was using drugs. Oliver also watched a video message from his father explaining the list of names and urging him to save the city.

The next episode of the season is Nanda Parbat. Oliver heads to Nanda Parbat, where Ra’s al Ghul is looking to exact his revenge on Malcolm. Plus, Ray suits up.