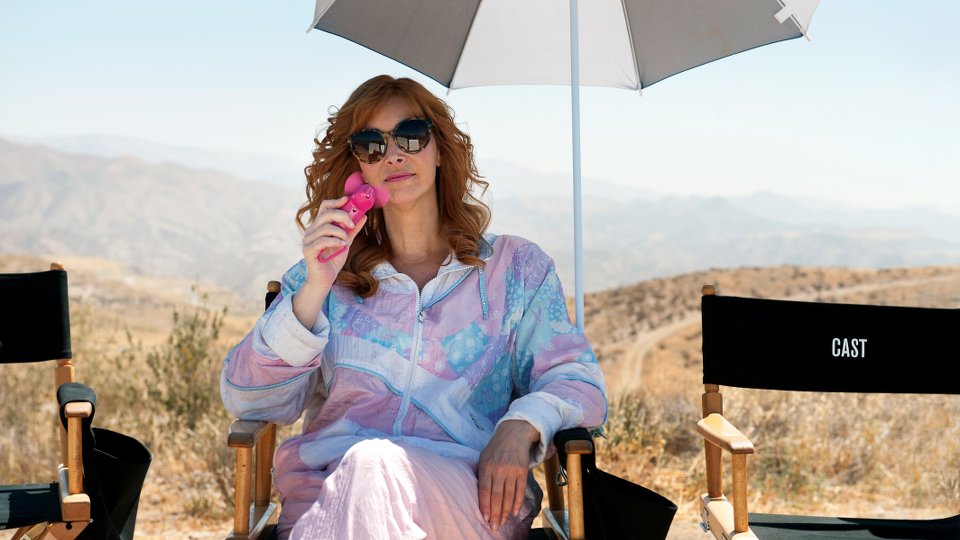 Valerie Cherish (Lisa Kudrow) went all out to impress a journalist from The New York Times in the latest episode of The Comeback and was surprised with the results.

As she continued to film her scenes for Seeing Red, Valerie had a journalist visit set to watch her work. Unfortunately the day the journalist arrived was a day that Val had to work with an over-enthusiastic new director to film a grotesque fantasy sequence that cast her in a poor light. Despite her on-set humiliations and on-going battle with Paulie G (Lance Barber), Val was surprised when the journalist praised her performance.

Elsewhere in the episode Mark (Damian Young) rented a house and moved out, and Jane (Laura Silverman) was told by HBO that her content would be used as a full-scale documentary film.

The next episode of the season is Valerie Cooks in the Desert. When Valerie’s plans for a date night with Mark are scuppered, she makes an uncharacteristic decision to cook for him.