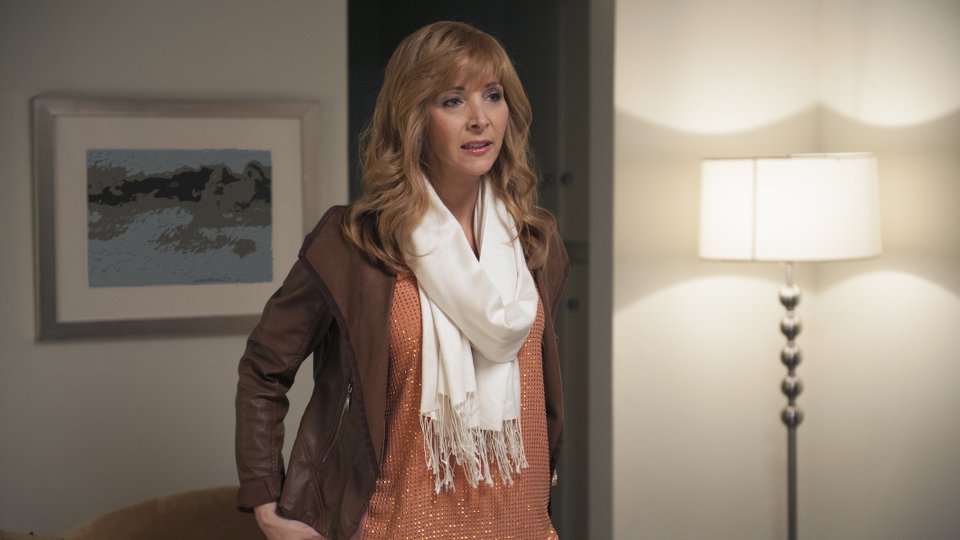 Valerie Cherish (Lisa Kudrow) found her limits tested on the latest episode of The Comeback.

Seth Rogen guest-starred as himself in the episode after being cast to play Paulie G alongside Val on the cruel writer’s new show Seeing Red. When it came to shooting their scene together, Val was upset that Paulie had included a blow job fantasy worrying that people would think it happened during their time working together on Room & Bored.

As Paulie continued to make Val feel uncomfortable, Seth stood up for her and made sure that the scene was done tastefully without putting Val into an awkward situation. Who else gets the feeling that Paulie is going to get his revenge on Val?

The next episode of the season is Valerie Saves The Show. When budget cuts spell bad news for Seeing Red, Val makes an impulsive decision. She also tries to brush up her improv skills.

Tune in to Sky Atlantic HD at 10pm on Thursday to see the episode. Preview the episode below with our gallery: