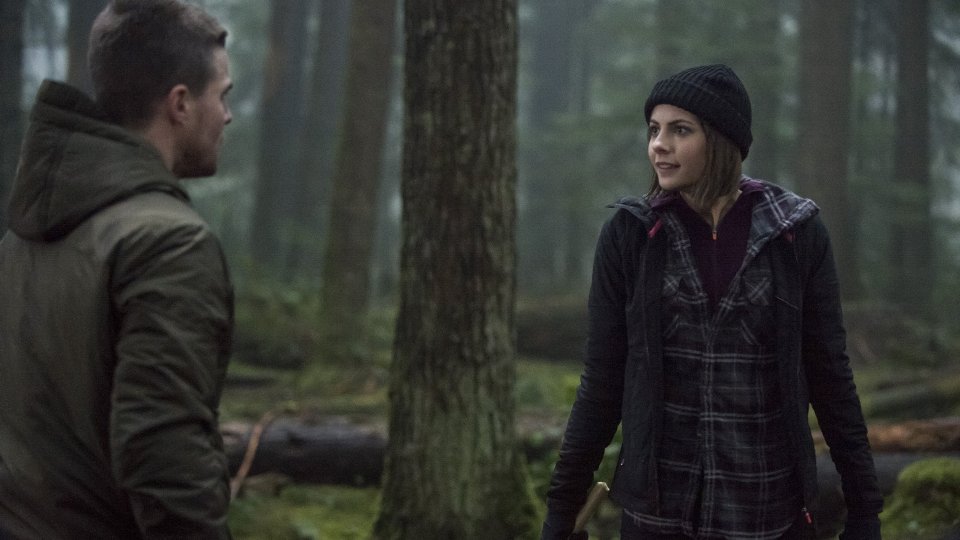 Oliver (Stephen Amell) made the decision to take Thea (Willa Holland) to Lian Yu for training so they could prepare to beat Ra’s al Ghul in the latest episode of Arrow.

Now firmly back as part of Team Arrow, Oliver led the team in a battle against Count Vertigo (Peter Stormare) who dosed Laurel (Katie Cassidy) up with a near lethal amount of his drug. The dose caused her to hallucinate that her sister Sara (Caity Lotz) was still alive and she had to conquer her own fears in order to beat Vertigo.

Elsewhere in the episode Thea’s boyfriend Chase (Austin Butler) was outed as a spy for Ra’s when he tried to poison Thea. He committed suicide so that Roy (Colton Haynes) and Malcolm (John Barrowman) couldn’t get any information from him. Laurel finally told Quentin (Paul Blackthorne) that Sara was dead.

The next episode of the season is The Return. Oliver and Thea find themselves on the island of Lian Yu, where a warm welcome awaits in the form of arch-nemesis Deathstroke (Manu Bennett).