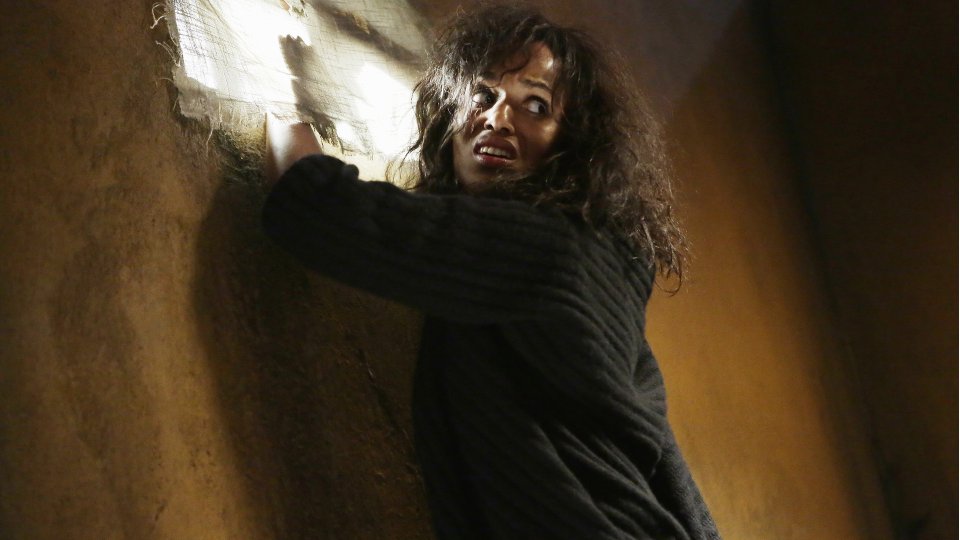 Where on earth is Olivia Pope (Kerry Washington)? That’s the question we were left wondering after the latest episode of Scandal.

Olivia helped Cyrus (Jeff Perry) deal with the publication of pictures of his relationship with escort Michael (Matthew Del Negro) turning the tables on Elizabeth North (Portia de Rossi) who set out to ruin him following the discovery that Olivia had lied for him. Olivia also faced-off with her father Rowan (Joe Morton) and attempted to shoot him only to find that the gun wasn’t loaded.

At the end of the episode Olivia seemed to be in a good place as she danced away with Jake (Scott Foley). As Jake went to the bedroom, men broke into Olivia’s apartment and kidnapped her.

The next episode of the season is Run. Following last week’s cliffhanger, we see the events from Olivia’s point of view as the fight for her life begins.