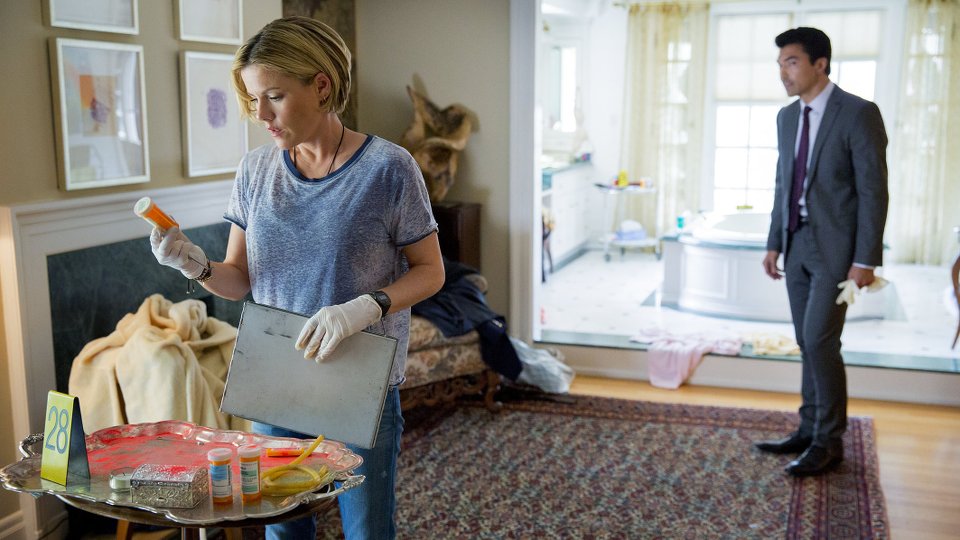 Erich Blunt (Tom Felton) was found not guilty in the latest episode of Murder in the First shocking Hildy (Kathleen Robertson) and Terry (Taye Diggs) in the process.

As the episode drew to a close Erich gloated and revealed that he did murder Cindy (Brianne Davis). He also reminded the detectives that he can’t be tried for her murder due to the rule of double jeopardy. How are they going to get around that one?

Elsewhere in the episode Erich admitted that he sent the sex tape to Wilkerson’s (Steven Weber) wife claiming he was helping him, and Terry slept with his realtor but pushed her away when she told him she had feelings for him.

The next episode of the season is Family Matters. In the aftermath of the Blunt verdict, the Homicide Department investigates a new death involving a drug-addicted socialite and her playboy husband.