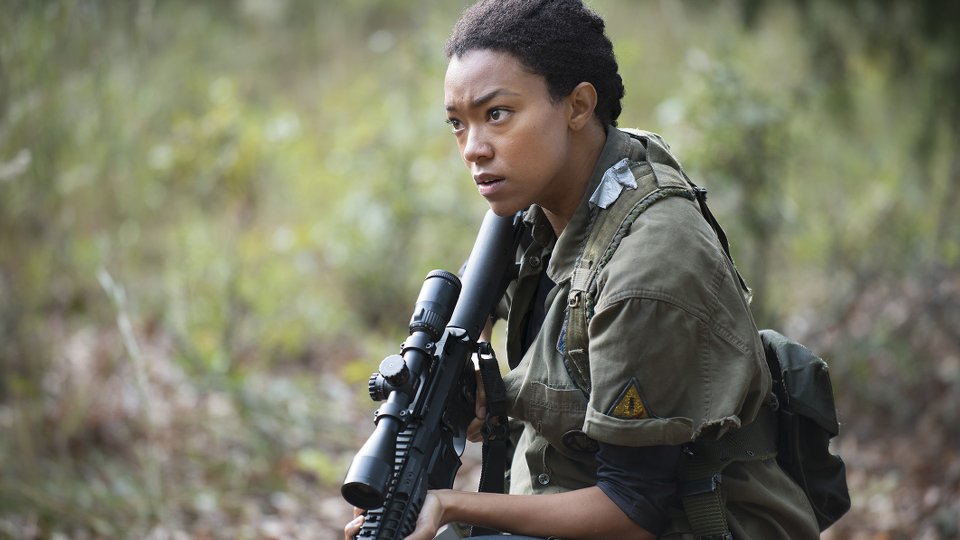 Rick (Andrew Lincoln) and the survivors surrendered their weapons and entered Alexandria in the latest episode of The Walking Dead.

Whilst they all remained suspicious, they agreed to be interviewed by Deanna Monroe (Tovah Feldshuh) but opted to tell her varying degrees of truth about themselves. The group decided to stay in the same house and took the opportunity to clean up.

During the episode they met Deanna’s cocky son Aiden (Daniel Bonjour) who almost got Tara (Alanna Masterson) killed during a supply run leading to a fight with Glenn (Steven Yeun). At the end of the episode Rick, Carol (Melissa McBride) and Daryl (Norman Reedus) agreed that they would take the community if they it couldn’t protect itself.

The next episode of the season is Forget. Rick and the group continue to acclimatise to their new surroundings. Will they be able to go back to normalcy? Better yet, what is normal now?