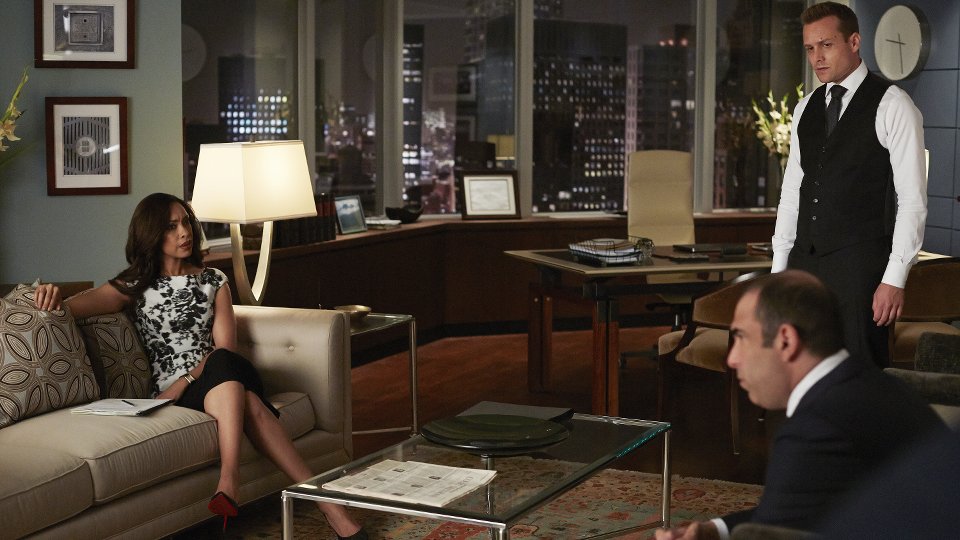 Louis (Rick Hoffman) found himself in a pickle when Sean Cahill (Neal McDonough) requested all of Pearson Specter’s files on the Gillis takeover in the latest episode of Suits.

Worried they would find the evidence of his shady deal with Forstman (Eric Roberts), Louis’ strange behaviour worried Mike (Patrick J. Adams) who alerted Harvey (Gabriel Macht). Louis decided to fess up and was last seen heading to Jessica’s (Gina Torres) office to tell her what he had done.

Elsewhere in the episode Donna (Sarah Rafferty) told Rachel (Meghan Markle) that she did sleep with Harvey once, and Katrina (Amanda Schull) offered to put herself on the line to help Louis get away with his mistake.

The next episode of the season is Gone. Louis comes clean to a furious Harvey and Jessica. Pearson Specter faces an uncertain future as Cahill begins a round of depositions.