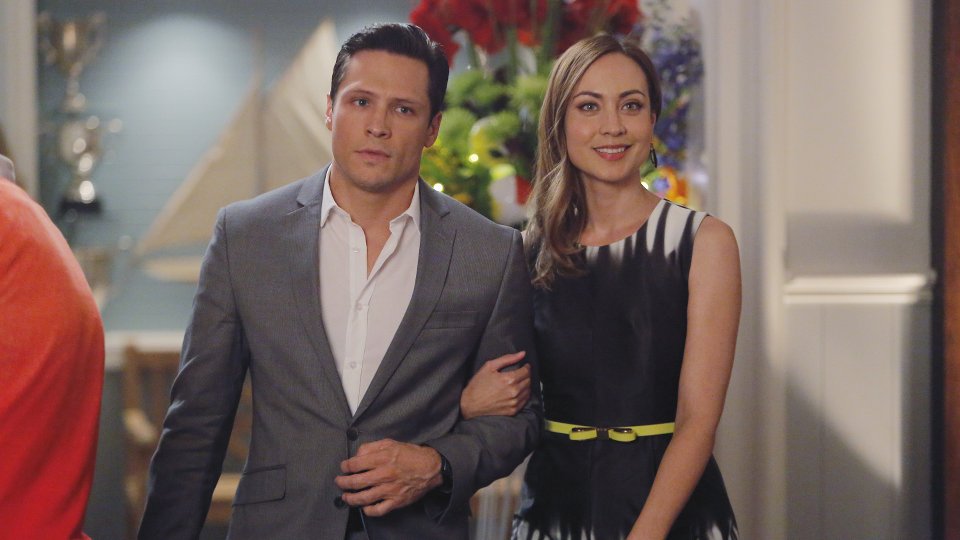 After piling lies upon lies David finally told Victoria about Malcolm Black, the man who is after him. Victoria became concerned that she was losing David to Emily (Emily VanCamp) and sent one of Black’s informants information about Emily’s true identity. Viewers saw that the recipient was FBI Agent Kate Taylor (Courtney Ford)…

Elsewhere in the episode one of David’s attackers was found dead from a suspected suicide in custody, Margaux (Karine Vanasse) discovered that she was pregnant with Daniel’s (Josh Bowman) baby, and Nolan (Gabriel Mann) couldn’t go through with betraying Louise (Elena Satine).

The next episode of the season is Atonement. Jack is torn between Emily and the new woman in his life, while Nolan and Louise bring Southern charm to East Hampton.