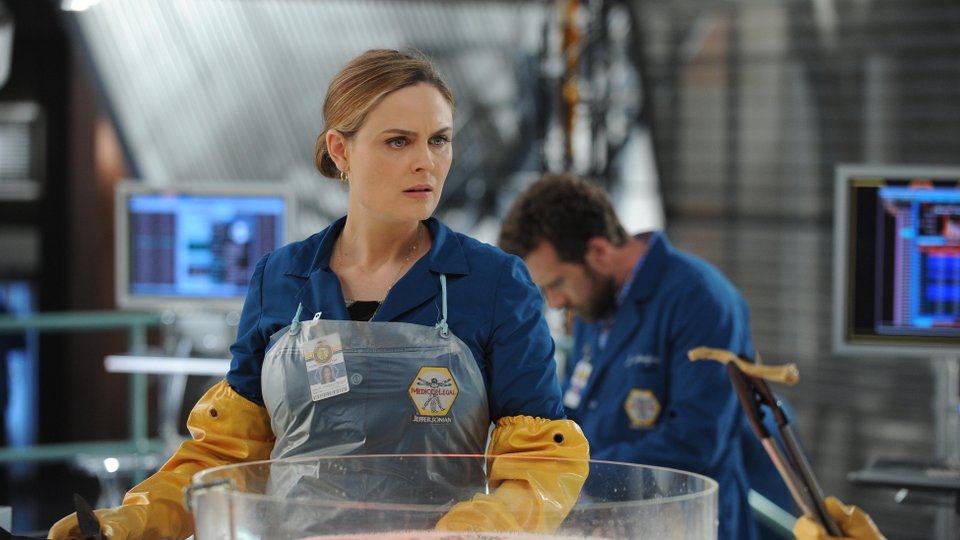 Brennan (Emily Deschanel) and her team solved the murder of a man who was found in a children’s park.

It turned out the man was a hedge-fund trader who had been cheating on his wife and taking drugs at parties with his colleagues. Suspicion fell on the victim’s boss but it was soon revealed that an overly aggressive colleague was the culprit. The case stirred up buried feelings in Aubrey (John Boyd) whose father was a hedge fund manager who abandoned him as a child.

Elsewhere in the episode Brennan clashed with Dr. Wells (Brian Klugman) who was trying to out-do her, and Booth (David Boreanaz) became concerned when Christine (Sunnie Pelant) started to use curse words.

The next episode of the season is The Puzzler in the Pit. The team spring to work when a crossword genius is found dead in a fracking pit. Plus, Daisy’s waters break in the middle of the lab.