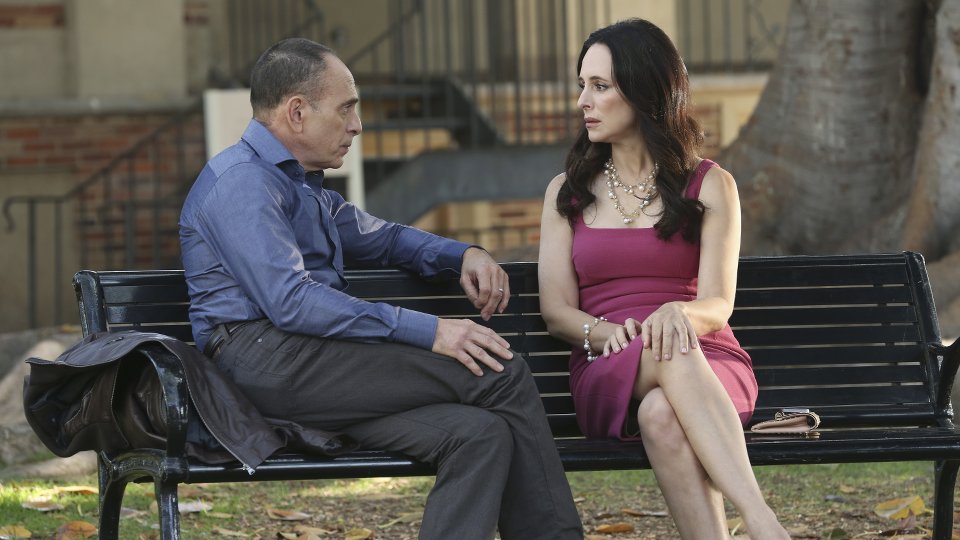 This week’s episode saw David reveal that a rival of Conrad’s (Henry Czerny) was responsible for getting him out of jail. He thanked Emily for clearing his name but was ambushed at the hospital where Victoria (Madeleine Stowe) was receiving treatment after her electrocution at the end of the previous episode.

Emily fought the attackers off and kidnapped one of them to interrogate. The attack alerted FBI agent Kate Taylor (Courtney Ford) who enlisted Jack’s (Nick Wechsler) help in the case.

Elsewhere in the episode Daniel (Josh Bowman) cut ties with Louise (Elena Satine) and Nolan (Gabriel Mann) agreed to help Margaux (Karine Vanasse) get dirt on Louise in exchange for helping to repair his reputation.

The next episode of the season is Intel. Emily and Victoria learn that information can be the most dangerous weapon of all. Nolan offers up some useful intelligence to salvage his reputation.