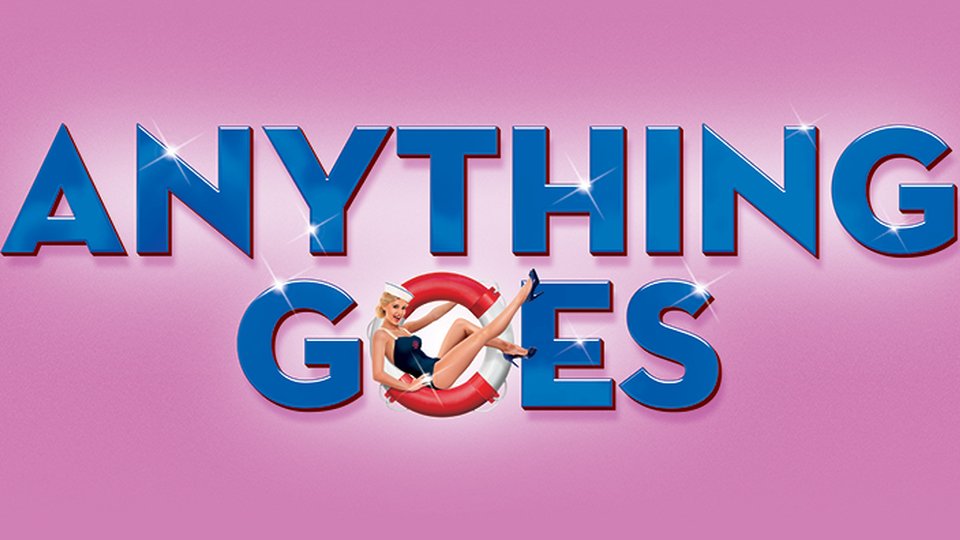 Anything Goes is as fresh today as it was when it first wowed audiences in the 1930s, thanks in large part to the combination of the talents and timeless wit of Cole Porter’s songs and PG Wodehouse’s book. This revival of Anything Goes is based on a newer version of the book by Timothy Crouse and John Weidman, and it makes for a relentlessly funny and exuberant show.

The plot sees young broker Billy Crocker (Matt Rawle) fall in love with Hope Harcourt (Zoe Rainey), dashing the hopes of his glamorous friend Reno Sweeney (Debbie Kurup). Stowing away on board the SS American, Crocker pursues his love across the ocean in the hope of breaking up her engagement to upper class English twit Lord Oakleigh (Stephen Matthews) and winning her for himself. Along the way there are plenty of run-ins with sailors and gangsters, as well as hilarious set-pieces and cases of mistaken identity in what is a fast-paced farce.

Anything Goes is streets ahead of the current vogue for musicals-by-numbers by the likes of Ben Elton. Both the songs and the script satisfy, and the jokes come fast and furious. With a strong element of the absurd, and a delicious irreverence towards organized religion, there’s an affecting innocence and silliness to Anything Goes that will leave you with both a warm, tingling feeling and aching ribs.

This production is brought gloriously to life by a magnificent cast and superb design (Richard Kent). The action plays out against the backdrop of an inverted cruise liner, which lends an appropriate sense of decadence and absurdity. A chorus of young male sailors and female passengers provide eye candy and take part in stunning dance routines.

Debbie Kurup is outstanding as Reno Sweeney, following in illustrious footsteps of others who have played the role, yet she makes it her own. Her performance is confident, rounded and a touch sassy; her voice incredible. Matt Rawle’s turn as the romantic lead is equally on-song. His winsome energy doesn’t let up, wearing the audience into adoration.

There are fabulous supporting comic performances – you’ll rarely see two quite so good in the same show – so this is real value for money. Hugh Sachs’s blustering undercover gangster Moonface Martin, and Stephen Matthews’ sweet, spindly Lord Oakleigh are a constant joy to watch, and their timing is perfect. Alex Young wins her share of laughs as wise-cracking New Yorker Erma, whilst it’s great to see character actor Simon Rouse in the cast, who is excellent as the larger-than-life stockbroker Eli Whitney. There is no weak link in the ensemble, and all the actors give everything to their parts.

Highlights of the show include a jaw-dropping tap dance routine finale to Anything Goes at the end of the first act, and The Gypsy In Me, which livens up the second act, as Lord Oakleigh attempts a seduction of Reno. Cole Porter fans will also enjoy renditions of I Get A Kick Out Of You, It’s De-Lovely and You’re The Top, to name but a few. If you like clever and energetic musicals, you’ll get a kick out of Anything Goes. This is a terrific production of an evergreen musical.