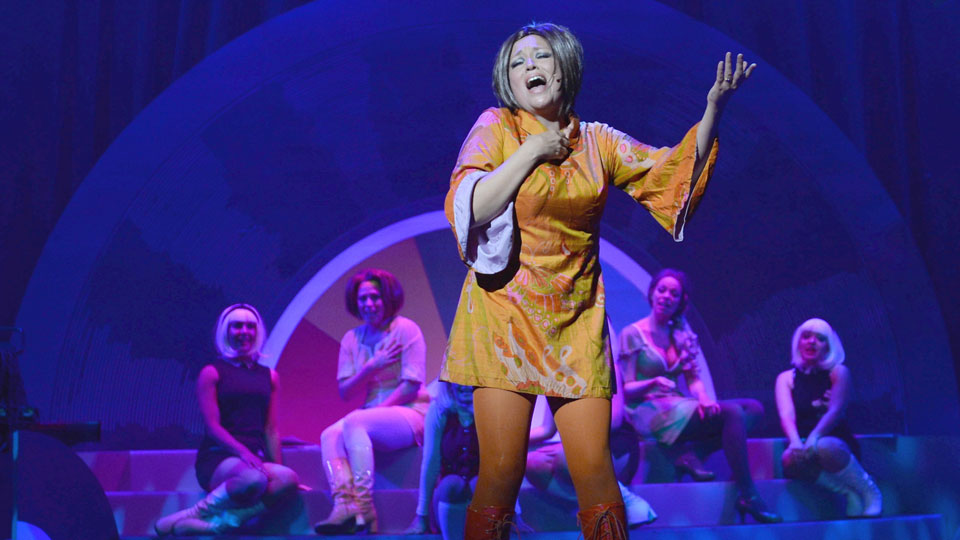 SHOUT! The Musical – the blockbusting Swinging Sixties sensation – is back on the road for the first time in over a decade.

The show features popular songs from the fabulous and freewheeling decade of the Swinging Sixties such as ‘Don’t Sleep In The Subway’, ‘These Boots Are Made for Walkin’’, ‘To Sir, With Love’, ‘Those Were The Days’, ‘Downtown’, ‘Colour My World’, ‘I Couldn’t Live Without Your Love’, ‘I Just Don’t Know What To Do With Myself’, ‘I Only Wanna Be With You’, ‘One, Two, Three’, ‘Tell The Boys’, ’You’re My World’ as well as that trio of lovable numbers ‘You Don’t Have To Say You Love Me’, ‘Son Of A Preacher Man’ and ‘Goldfinger’ not forgetting the big hit number that takes the show’s name, ‘SHOUT!’

The well-loved scenario surrounds the lives of five women in their ’20s, ’30s and ’40s who all face tough situations, usually involving love, friendship and relationships. They all write to Gwendolyn Holmes, an agony aunt working on the magazine Shout!, for help and advice. Each girl is trying to find true happiness.

Cast in the pivotal role of Green Girl is Sonia who was destined for a career in show-business as shortly after leaving school she made appearances in the popular sitcom ‘Bread’ as well as the equally-popular soap opera, ‘Brookside’. The release of her début single, ‘You’ll Never Stop Me from Loving You’, released in 1989, shot to No. 1 in the UK charts selling a staggering 350,000 copies while her début album, ‘Everybody Knows’, sold half a million copies and included a string of top singles such as ‘Can’t Forget You’, ‘Listen To Your Heart’ and ‘Counting Every Minute’.

The role of Orange Girl falls to Niki Evans who made the X-Factor semi-finals in 2007 capturing the hearts of the nation and a legion of fans along the way as well as being highly praised by Simon Cowell.

Playing the role of Blue Girl is Helena Blackman who forged a very successful career in musical theatre. A host of top roles has come her way such as Maria von Trapp and Elsa Schraeder in ‘The Sound of Music’, Eliza Doolittle in ‘My Fair Lady’ and Nellie Forbush in ‘South Pacific’.

You can catch the show at the Churchill Theatre, Bromley, from Thursday 13th – Saturday 15th April 2017.