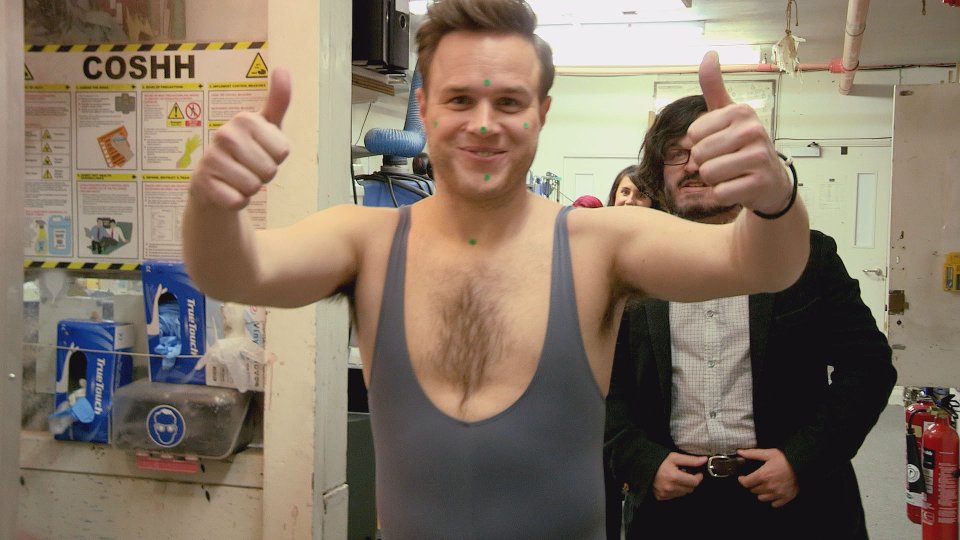 The popstar is busy with his final session for his very own wax figure which is going to reside in Madame Tussauds in Blackpool but he has no idea that the session is a fake. He also doesn’t know that the brand new scanning machine he’s using is fake and a creation of Ant & Dec.

Ant is transformed into Madame Tussauds’ new caretaker Sean whilst Dec plays the inventor of the scanner, boffin Gareth. The duo get Olly into a tight leotard plastering his face with green stickers that they claim helps the scanner.

It soon becomes clear that all is not what it seems as the machine has a mind of its own!

Olly Murs said, “Ant & Dec got me hook, line and sinker. I had no clue that this was a prank even when they made me wear the tightest leotard! I love a practical joke so boys beware, I might just have a few ideas up my sleeve to get you back!”

Viewers can see the full clip on the brand new series of Ant & Dec’s Saturday Night Takeaway, which starts on 21st February at 7pm on ITV. Check out some sneak peek images and a video clip below:

In this article:Ant & Dec, Olly Murs